The other shoe could be about to fall... the LIBOR rate has spiked in recent weeks. What is the  LIBOR and why is something to be concerned about? From a report on Bloomberg this week..
"The overnight Libor rate in U.S. dollars soared 3.33 percentage points to 6.44 percent today, its biggest jump in at least seven years, according to the British Bankers' Association. The one-week rate rose by more than a percentage point, to 3.88 percent from 2.49 percent on Monday, and the one-month rate increased to 2.75 percent from 2.5 percent."

LIBOR is short for London Bank Inter Offered Rate. It is a rate index that is set by the British Bankers' Association.

Created in the mid 80's the index became widely used in the mid to late 90's in the US mortgage markets as the preferred index for adjustable mortgages. Most subprime and about 40% of conforming adjustable rate loans are based on a LIBOR index.

This means that these loan rates cannot be controlled by the FED.

If the LIBOR's recent increases continue this means that the adjustable rate mortgage payments that are tied to the  LIBOR could more than double at adjustment time.

Most LIBOR based loans are tied to the 6-month index. This means that the rate is a rolling 6 month average. So will a short term spike cause you rates to jump? No. But an ongoing increase will.

If you have a LIBOR rate keep a very close watch on the monthly rate. Do not wait for the rate to spike before you have an exit strategy.

Your blog is very educational. Thanks for the info

Thanks for visiting Edward! 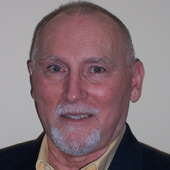 about 13 years ago
bookmark_borderbookmark
Who is to blame - the borrower or the bank?
View more Recent Posts   arrow_forwards

I work at SecurityNational Mortgage and am always looking for experienced loan officer and branch managers that are interested in a better opportunity.