How are you making out with growing your biz, here is some foodfor thought as they say, "People grow through experience if they meet life honestly and courageously. This is how character is built." Eleanor Roosevelt
Do You Have The Right Team In Place?
Having the right people on your team can assist you in bringing your Visions and Goals into reality in a much shorter time period. The right people on your team can also help you avoid costly mistakes and setbacks. In contrast to the right team members helping you accomplish your Visions and Goals, the wrong team members can cost you a great deal. Having the wrong team can drain you of your energy, time and money.

Some of you may be thinking that you work for yourself and you don't have any team members. We are all dependent on others in some capacity. Those we rely on to assist in any area should be considered our team members and there is no doubt they affect our results.

Let's dive into who the right team members are and who you should avoid. It really doesn't matter whether you are building an athletic team, a business, your wealth, your health or any area of your life. These principles will apply.

One of the first things to look for in your team members is good character. A company I know of that specializes in teaching people who and how to hire employees says that most people consider a persons skill level above most other criteria when hiring. Someone's skill is an important aspect to look at. The team members should have the necessary skills to perform their duties. If they don't it could take quite a bit of time to develop the necessary skills they need to do their job. Obviously the amount of time it takes to acquire the skills will vary depending on the job. However, the training company I mentioned above that specializes in hiring employees, states that most people are fired due to the lack of good moral character.

Here are some of the character traits you may want to look for in your team members.

1. Positive Attitude. Does the person look at the glass as half full or half empty. When someone has a negative attitude most of the time, their attitude will tend to rub off on others. An old saying is, "It only takes one bad apple to spoil the bunch." On the other hand someone who is always looking at the positive side of things can learn valuable lessons, even from problems and move on. They too will rub off on the people around them. You want someone to complete their job efficiently and effectively but the attitude in which they complete the job is very important also.

2. Team Player. Does the person look out for the best interest of the team and its members or does that person look at how a specific situation will affect them directly putting their interests ahead of everything else. We all need to think of ourselves. However, every valuable team member will make sacrifices from time to time to benefit the others involved even if it means temporary discomfort for them personally.

3. Supports and Edifies Others On the Team. Someone that is constantly talking negatively about others will probably be talking behind your back when it benefits them. Gossip and back biting is common among many and shouldn't be participated in. The corporate world is famous for people climbing the ladder of success by stepping on others. Remember we reap what we sow. A person who builds others up will themselves be built up sooner or later.

4. Completes their duties on time without excuses. There are some people that are always late. They may be late for meetings, late on deadlines late for their own funeral as the joke goes. When someone is consistently late it affects the entire team and everyone involved. There are always legitimate reasons (excuses) why we can't get something done. A good team member faces the same challenges as others and gets the work done anyway. Again remember the spirit in which the work is completed is important also.

5. Honesty. Can you trust what the person tells you? If someone tells you a lie in little things, even if it doesn't seem to matter that much, how can you trust them in larger things. I would much rather have a team member that makes mistakes and admits it than someone that doesn't want to look bad and always tries to cover their mistakes. The only people that don't make mistakes are people who aren't doing anything. If you are the team leader, make sure your team members have an atmosphere in which it is OK to admit their mistakes. Make sure you convey how important honesty is to you. If you have a problem with telling little white lies that really don't hurt anyone, I would take a look at changing this. In business I have found I can handle most situations, even some that are extremely difficult, but I won't tolerate someone lying.

These are just some of the character traits you should look for in team members. It may take a long time to find the right team members, but in the long run it will pay off. I have seen many people compromise with mediocre or poor team members and their business seems to always struggle. They seem to never go to the next level. This doesn't have to be the case. There are great people to work with. We just need to make sure they are on our team.

I work on a team and it works wonderfully for us.  Each of us is well acquainted with our inventory and clients and can interchange at any time.  This helps us to provide what we feel is excellent customer service.  Thanks for the great post.

Great Template, and Great Attitude.  We attempt to apply the same philosophy with our Team.

Some great ideas in business and in life. Thanks for the info!

Thank you for this post I am at a crossroads and might be able to expand my business and hire a few team members and this helped get the business juices flowing this morning.

Very well said.  I work in a team and have had a few bad members that did not fit with my team, so I can really appreciate your post.

I have recently contemplated teaming up with another agent. We are discussing a plan this afternoon. I am glad that I read your blog today.

Cindy, thanx for the input and sharing with us.

Chuck:  Your post was sooo on time.  Just as I was flipping through the pages of posts, I thought to myself..."why doesn't anyone post about building a team" and then along came Chuck!  :)  Thanks for sharing your insight.  It's definite food for thought.

Venice, don't dream of a team make it a DREAM TEAM!!! 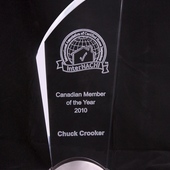