WASHINGTON, D. C. December 9, 2006 -- A new tax deduction will make homes more affordable next year by allowing many American home buyers to write-off premiums for private and government mortgage insurance. The deduction, which will help families who can’t afford the traditional 20 percent down payment for a home mortgage, will be effective for the 2007 tax year.


“Making the cost of mortgage insurance tax deductible helps those who need it most: low- and moderate-income Americans, primarily first-time home buyers, who are financially responsible but simply don’t have the means to amass a 20 percent down payment, ” said Steve Smith, Chief Executive Officer of The PMI Group, Inc. and President of Mortgage Insurance Companies of America (MICA). “We congratulate Congress for taking this important step to address a key barrier to homeownership that so many Americans face. ”

Borrowers closing loans to purchase homes in 2007 who have annual household incomes of $100, 000 or less will be able to get a low down payment mortgage and deduct the full cost of their mortgage insurance premiums on their federal tax return.

“We are pleased that policymakers have recognized mortgage insurance as a cost of finance just like mortgage interest, ” said MICA Executive Vice President Suzanne Hutchinson. “Mortgage insurance plays a crucial role in maintaining the stability and continued health of the mortgage finance system. In today’s climate of steadily rising interest rates and slowing home price appreciation, an insured loan is often the most borrower-friendly alternative. ”

The legislation has been supported by a broad range of consumer, business, taxpayer, civil rights, civic and labor groups. Following are some comments on the new deduction from some of these groups:

“A tax deduction for mortgage insurance premiums will go a long way to help homeowners and potential homeowners who simply want to own a piece of the American dream, ” said Marc H. Morial, President and Chief Executive Officer of the National Urban League. “I congratulate both the U. S. House and the Senate for doing what’s right to make the goal of affordable homeownership a reality for every American. ”

“This tax deduction will create important social benefits by offering relief to over-burdened taxpayers, ” said John Berthoud, President of the National Taxpayers Union. “Finally, homeowners will have the ability to make all the costs associated with the ongoing financing of their home truly tax deductible. ” “Homeownership contributes substantially to social stability, ” said Bruce Hahn, President and CEO of the American Homeowners Grassroots Alliance. “Yet homeownership remains just beyond the grasp of millions of Americans. Making the cost of mortgage insurance tax deductible helps put homeownership within reach for many more families. ”

“Currently, many Latinos need loans with private mortgage insurance because they are unable to afford the 20 percent down payment traditionally needed to buy a home, ” said Guarione M. Diaz, President and CEO of the Cuban American National Council. “Policies such as this one help these families realize the aspiration of homeownership and fulfill an essential element of the American dream. ”

“With a U. S. Hispanic homeownership rate of 48 percent (20 points below the national average of 68 percent), this legislation would enable more hardworking Hispanic families and consumers to become homeowners, ” said Manny Mirabal, President and CEO of the National Puerto Rican Coalition. “An estimated 33 percent of the families benefiting from this tax deduction would be minority homeowners. ”

MICA is the trade association representing the private mortgage insurance industry. Its members help loan originators and investors make funds available to home buyers for low down payment mortgages by protecting these institutions from a major portion of the financial risk of default. 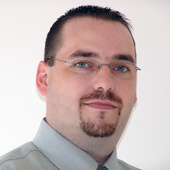 over 14 years ago
bookmark_borderbookmark
To Pre or not to Pre - That is the Question!!
View more Recent Posts   arrow_forwards

Welcome to Get Listed And Sold.

This is your one stop Real Estate solution for saving yourself money and getting the best possible solution for your buying and selling needs.

Call me today, and let me cater a solution that is right for you!