Home > Blogs > Larry Wedige > Larry Wedige's (larryinspects) Blog
bookmark_border
I started the day a little earlier than usual today. My first appointment is usually at 9:30. I had to meet a buyer who is having a home built. He asked if I could be at the property at 8:00am. I was there early, but he did not get out of his meeting with the builder til after 9:00. My second appointment was across town at 10:30. It was a reinspection and the seller was going to let me in. I was on the way and on time when I was involved in a fender bender and had to be towed. I called the buyer's agent immediately only to get her voicemail. I left a message that I wasn't going to be at the property because of the accident and that I would call her to reschedule. The seller had my card that I left when I did the initial inspection and called me 2 hours later to see where I was. He was very understanding and we have rescheduled for tomorrow. The agent never contacted him to let him know that I wasn't going to be there. Just another reason to keep up with your voicemail and act on them as soon as possible. I did call the agent later in the afternoon and got her voicemail again. I told her that we had rescheduled, but have not yet received a confirmation from her. I finished off the day at the dentist's for some extractions. Tomorrow will be a better day.
Like favorite_border
favorite_border 0
repeat 0
bookmark_border 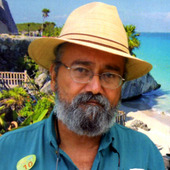