Stone foundations were standard fare before World War I. Stone foundations will only stay dry if the soil surrounding the foundation is dry-- hence it is unreasonable to expect them to be 100% dry. This being said, stone foundations are very vulnerable to leakage problems. If the construction was shoddy, there may remain gaps between the stones where the mortar was filled, which become an entry point for leaking water. If it is a mortared stone wall, then a leakage crack can be identified as a single thin crack localized around a particular region of the wall, especially where the stones join together. Trees with substantial underground roots may also cause mechanical weathering of stone foundations. Stone foundations have also been known to crumble under vibrations which may be caused due to vehicles running aboveground.

Brick was predominately used between 1910 and 1935 in residential construction. It was used in solid masonry walls as well as foundations. Brick foundations are very common in some areas and unheard of in others. In some cases you may see them every day or not at all. Brick foundations are better than you may think at keeping water out. Bricks swell when they get wet and this often has the positive result of sealing off any leaks. A constant migration of moisture through the brick is to be expected; it won’t be wet but it will be damp. You will note that if you leave a cardboard box next to the foundation wall, it will get wet because of the constant moisture migration.

While we usually associate concrete with a more modern foundation system, concrete has been used for a long time. Modern concrete foundations are about the most reliable system. They are strong and fairly resistant to moisture. Foundation cracks are common but are generally not a structural concern. Old concrete foundations are not quite as robust as modern concrete. Often river sand and large chunks of gravel and stone were used as aggregate. This concrete does not hold together quite as well as modern concrete. In addition, it has proved to be less than ideal when exposed to water infiltration over a long period of time. For example, if water has been seeping through a section of foundation for many years (such as from bad grading on one side of the home), the concrete deteriorates in this area. 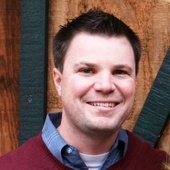