Be sure to know what your getting into when it comes to Buying and Selling on leased Tribal Land.I have found there are many questions to ask when looking at leased Tribal land.  Typically what happensis a particular Tribe, or Tribal members will offer parcels of its land for lease for a specific time period.  In my case I live right next to the Tulalip Indian Reservation in Marysville, WA.  They offer 2 different type of leases.  One is a lease that is granted from the Tribe itself, the other is from a Family of Tribal members the "Frybergs".  Both are similar in that they are lease the land only, not any improvements that may be on the property.  They differ when it comes to who has governing power over them.  The first, from the Tribe itself, is administrated and governed solely by the Tribe itself. Any disputes can be taken to arbitration, but the Tribe itself reserves its right to be a sovergn nation, so any arbitration or court decession may not be binding anyway.  The other leases are administered by the Bureau of Indian Affairs (BIA), which is a U.S. Government entity, so you have a little more recourse if a disagreement comes up.  The Tulalip Tribal leases, as I understand them work like this. They have typically issued 30 year leases, with a begining lease amount and adjustments to that every 5 years based upon the CPI (consumer price index) growth.  Any transfer or assignment of these leases must be approved by the Tribes council and usually requires the transferee to pass a credit and background check.  This also applies if you were to "rent" out your place to somebody else.  The transfer (or change of ownership for the leasehold) also requires a transfer fee of between 6 and 8 percent.  Usually this is paid by the seller, but be sure that everybody agrees in advance about this.  Many of these 30 year leases are about to expire around here, and the Tribes have said that they will issue one 15 year extension on them. 2 points of caution here, 1. I get the feeling that they don't plan on extending them past that time, and 2. They will not compensate you for any buildings or homes left on their property.  When buying or selling one of these leases, be sure to allow a good 1 1/2 - 2 months extra to allow the tribe to review.  You can get all of the forms on the Tulalip Tribe website, and they have leasing specialist that are pretty helpful answering questions. Financing these leaseholds can also be another big challange. Most of the big lenders will not touch them.  I have found a few local lenders that will consider doing a mortgage, usually they limit the loan term to the term remaining on the lease.  I had an interesting experience where I represented a Seller who purchased a House on leased land on the Tulalip Reservation at auction from a "Big Bank/ Mortgage provider"  who had forclosed on a person that did not make their payments.  The problem was the bank then owned the house and technically the leasehold, however, they did not ever transfer the leasehold with the Tribe, so the Tribe still recognized the previous owner, who had been foreclosed upon, as the legal leaseholder. About 2 years later, the "Big Bank" would not cooperate with transfering the leasehold into their name with the tribe because then they would be liable for all of the past due lease payments. In the end, the Tribe let my clients pay all of the back lease payments, and released it to be transfered, so they could sell it. 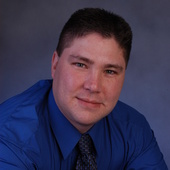