After reading another blog about realtors being a dying breed akin to car salespeople, it really made me think about the future of the profession.  It also made me think about some people I have already worked with in my short career.  I have come to a conclusion....... No worries here!

I have not been doing this long at all, but have already run into some real winners.  Showed a fsbo home to a client last month.  Listing price was about 30k over comps.  I asked the owners about the pricing of the home, they had bought the home two years earlier and basically were trying to sell it almost 50% higher than purchase......in todays market!!!!  I asked how they came up with the price.  Well they produced a huge envelope of every penny they had spent on the house for new carpet, landscaping, a fence around the yard, new light fixtures, etc. etc.   Oh almost forgot the paint and the price of the professional cleaning they had done.  They said that is what they had in it and it appraised for the purchase price when they bought it so through their diligence in record keeping they knew exactly what it was worth.

Had a buyer customer call to see a listing on a vacant house.  Told me he knew what he was doing and would only be a minute in the house.  Well I just waited at the front door for this guy to take a look, after running around the house for a couple of minutes he came out and said that was a waste of his time.  The house was entirely too small and he needed at least four bedrooms.  Well this was a five bedroom house.  So I asked him if I could take another minute of his time to show him the house and he responded that he had probably bought as many houses as I had sold so it was not necessary.  So I asked him what he thought about the three large bedrooms upstairs with three baths and the giant frog over the 3 car garage.  His response............ There's a second floor??

Yep, our jobs are safe!

Keep this section going Dwight - it only gets better! --Gabrielle

Thanks Gabrielle.  I wonder how funny some of the stories are from some of the long time veterans out there.  Some do-it-yourselfers are so brilliant they are just pure dangerous. 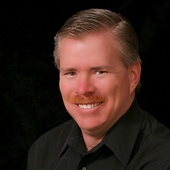 Real Estate Sales and Marketing almost 12 years ago
bookmark_borderbookmark
Is it better to hunt with a shotgun or a rifle?
View more Recent Posts   arrow_forwards