I got up this morning and turned on the news.  Doom, gloom, and negative!   Is it really that bad?  In a time when the media portrays us in such an economic crisis, I have had my best year ever in real estate.   You keep hearing the blame being placed on one party or the other, or perhaps on the foreign oil policy, etc.  In reality, aren't we, the consumers, the ones who think we have to have it all now, and aren't we the ones that spend-spend-spend?   Didn't we help create this mess?  Of course we did! But, as usual we want to blame someone else.   It is time we take charge of our lives and not let the media brainwash us into being fearful of what tomorrow holds.  WE ARE NOT PROMISED TOMORROW!

It just kills me when people who have good lifestyles, cars, jobs, luxuries, etc. talk about how bad things are.  Look how little our ancestors had and how hard they worked to build a country where we could have so much.  My father is a WW2 veteran, retired Navy, and is very proud that he served to help America be  better place.  AND IT IS BETTER-IF WE DON'T ABUSE IT!

Sometimes we do things that are pretty stupid!  Last week in Nashville there was a gas crisis.  Rumor had it that there would be no more gas until Wednesday ( 6 days).  So instead of just getting what they needed, people were buying up excessive amounts.  I personally witmessed the lo-ong lines at gas stations.  My daughter needed gas on Thursday, and finally got some on Tuesday.  She managed.  It might have been easier if we didn't make a run on the gas stations and run them out of gas.  We ( Americans) brought the rumor to a reality!  Are we going to make a run on the banks too?  Stupid Americans!

Take charge and be responsible!  The media may paint doom and gloom but it does not have to be this way!  People don't plan to fail-they just fail to plan! 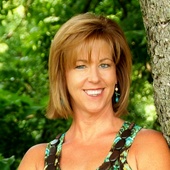