Wow! What can we say about the last week except for the fact that it definitely has been turbulent!  Being in the field, I've talked with many consumers regarding the housing market and let's face it... they're are a lot of people who are truly suffering.  Now, I obviously have my own opinion about the state of housing market, economy and nation but here's an email that was forwarded onto me. THIS IS NOT MY NOTE... HOWEVER, I HAVE TO SAY THAT THERE ARE SOME VERY VALID POINTS MADE.  As professionals, I think we all need to take note~

What is wrong with our government (besides the obvious)??

A 700 Billion dollar bailout for the people who created this whole damn mess to begin with is ridiculous. HOW will that help the US in the long run?? By increasing our national deficit?  This is as good as the stimulus package. Sure, I'm grateful for my $900 dollar check I got to pay my bills. Thanks, But isn't our dollar worth less than Canada's? Isn't this going to...OH I get it. They're trying to get all the foreigners to come and buy our major appliances. BRILLIANT! Seriously...where is the thought process here? It never finished...

Why aren't these lenders taking any responsibility for the pathetic mess they made due to complete and utter greed on their part. They shouldn't have given loans to people who couldn't afford them to begin with. But it made them a boat load of money at the time and the people were happy cause they got their house. So..."I mean, yeah, the future is a bit shady, but let's go for.  The president's doing things without thinking about the catastrophic consequences, why not the CEOs of huge mortgage lenders, right?"

They made it look all pretty at first. They even let people throw in money they didn't actually make as "unverifiable income" to get them into these loans that looked great cause the payments were low enough for the first bit saying "Oh you won't have to worry about these ginormous payments later, you can just refinance". Well turns out the people with no money and bad credit due to being irresponsible didn't change much as they kept getting rewarded for their irresponsibility with more loans, so why change. Oh...you mean they don't qualify for a refinance now cause their credit STILL sucks and the "unverifiable funds" aren't paying the damn mortgage...? "Well shinola, now they're all going into foreclosure. Why isn't our pathetic government taking a stand and saying "You dug the damn hole you're in, now figure a way out"

Screw their rate increase that practically doubles these poor people's mortgage payment. Keep them at the same rate. "You screwed up. Fix it." Then they could continue to make their payments and the lenders would continue to get their money, as apposed to none.

Why aren't these lenders offering help to the people who deserve it? You know, those people who did well before our economy took a dump and they lost their jobs and couldn't make their payments. Give these people who are trying to make good on their debt and have always done good in the past a little break. How about a 6 month grace period with no penalties or rate increases? Give them the time to get a good job again, get back on their feet, and get ahead a little bit so they can get back to the way things were before the "recession". What's 6 months out of a 30 year mortgage? Nothing and much better than the alternative...nothing - Just a thought...

Seems to me like the banks might suffer a little (which they deserve a slap on the wrist as apposed to the way they're bullying us around now), but in the long run, they'd be just as strong as if they'd given these loans to people who deserved them in the first place.

Oh and maybe give these poor, innocent CEO's a pay cut rather than the US.

** Used with permission to repost letter.

I'm asking the community and our leaders to really consider the long-term bail-out program.  I believe we are looking short term and need to consider the consequences of our actions.  We are definitely paying for risky loans and a.r.m.s with the amount of foreclosures on the market.

What does it cost the bank to take back a home?

Regardless of whether or not the mortgage company is working a short sale or a full-fledged foreclosure, how much does the bank lose in that process?  If the bank takes a home back as a foreclosure, the bank is losing HUGE!  To me, it makes more sense to help out the people who are behind in the mortgage payment by forgiving a few months of late payments (at this point, the consumer is not going to catch up anyway), fix the adjustable rate (if it does apply) to a reasonable rate, and eliminate the fees.  The bank would lose a few thousand dollars or it could lose tens of thousands of dollars.  It seems to me that this would help the homeowner, help the bank in the amount of losses, and help decrease the amount of foreclosures that are on the market.  Ultimately, helping the overall value of everyone's home.

Now, I would love the government to step in and make the banks do just that!  I think that would be a good step in the right direction.

Pretty well sums up the way many people think about how this crisis came to past.  Nice post Tammy.

Obviously an upset consumer but some things that we need to be aware of when dealing with the public! 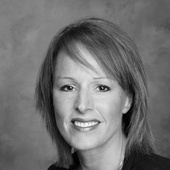