The Valley grew by 787,306 people from April 2000 to July 2006, the fourth-largest gain for a metropolitan area in the U.S. during that time, according to new census data.

Estimates released Wednesday indicate that the Valley's population grew by 24 percent. The Valley is the 13th-largest metropolitan area in the nation, with more than 4 million residents, up from 14th in 2005.

The Atlanta area led the U.S. in population growth from 2000 to 2006, followed by Dallas and Houston.

The 50 metro areas with the largest percentage increases were all located in the West and South.

Once again, Phoenix continues to grow by leaps and bounds.  The climate, the job market, affordable housing and vast entertainment options make Phoenix an ideal location to live, work and play!

It remains a fantastic city to invest in real estate, as well; there is obviously a steady stream of new residents, and most people will rent a home or condo to 'test' the area out BEFORE purchasing a home. 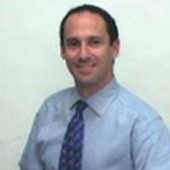