The following is an email that I received from my friend Carl Zanger.  He is very upset but thought you might like to hear another side of the story that you are not going to hear in the traditional media.  (forgive his language but it seems appropriate)

This is my opinion and mine only...if you're not interested, please delete now.

I'm pissed and that hardly begins to explain the outrage and betrayal I feel by our government.  As of today, every man woman and child, in this country, is about $2300 in additional debt to the current scandal going on in our financial markets.  The goddamned liberals (and I mean that literally) and their mindless policies have forced this country into taking its largest step towards socialism that has ever occurred in its history.

There is NOTHING in our Constitution that gives anyone the right to a house. Its not there!  Read it.  Despite that, that asshole Clinton (the gift that just keeps on giving) decided that the corrupt policies of Carter just didn't go far enough and demanded that everyone should be able to get a mortgage despite their documented inability to repay.  That's right, Bill Clinton orchestrated this. Banks were told that unless they made these loans they would fall under the wrath of the Federal Government. This is the Liberal way. You know that if a Republican had anything to do with this mess, the liberal press would be all over that person like white on rice. Guess what? There isn't one...not a single one.

I've been in the Real Estate business for 36 years and I saw this coming 5 to 6 years ago. I've even discussed this with several of you over the last couple years. Anybody could get a home loan, whether they could repay it or not. Even the illegals got mortgages. This crap is the underlying basis of our current problem.  So, a full fledged cooking of the books started that you can follow from the loan officer to the bank officers to Fannie Mae and Freddie Mac who bought this worthless package.  Frank Raines, now Mr. Obama’s Chief Financial advisor paid himself $90M in performance bonuses over 6 years while cooking the books to make this fraud look legit while with Fannie Mae.

Barney Frank and Chris Dodd are two of the co conspirators in the government who helps kill off legislation that would have addressed the Fannie Mae/Freddie Mac fraud. This financial crisis was predicted long ago!!!!

I despise them to my core, but I suppose that eventually it will be the taxpayer that will have to foot the bill.  I can support that: ONLY IF THESE BASTARDS GO TO JAIL!

I believe that these guys should be tried and convicted for capital crimes, taken to the nearest tree and hung but, you and I know, that won't happen!!! Yes, Ted, I do believe this is one of the times that people should be shot on sight.  They are thieves and have ruined peoples lives and have actively participated in TREASON!

What Rot!!!! And yes, the Republicans are also to blame too, for not fixing this when they saw it coming, like I did, when they had a chance, instead of trying to be “bi-freaking-partisan!

Your friend for ever;

The liberals did this?  An interesting perspective.  Whatever - I don't think the blame game is what it should be about right now.  And I can think of some even better stuff to rant about!

Guy,  I just wonder why if the Repubs were aware of this mess they could they not fix it within the past eight years??  I also have always wondered why the most liberal party group within the past history of this nation call the other party liberal?  I thought that the ones spending all of the printed money with the biggest money hole we have ever been in should be called liberal.  I mean you know ten billion per month to fight two wars that we should not have been in and so liberal with the lives of our young men and women that serve this county, not counting all of the stolen money that has vanished while the Repubs were watching and helping themselves to the money hole. We have the worst leadership in the history of America.  But when a leader states that The Constitution is just a GD piece of paper it lets you know they do not care about this country.  This mess does not even count the 700 billion in this give away while paying large amounts of money to the onesthat were leading  Fannie & Freddie down the drain.  I do agree they should be put in prison and not rewarded. 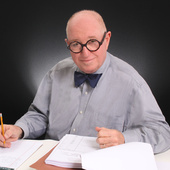