A photo of the whole building wouldn't give you the details that this shot of the top does. This is another Mediterranean Revival style building, from either 1926 or 1928. It also has Gothic touches, and even some fantasy.

The Snell Arcade takes its name from Perry Snell, a legendendary developer who designed much of St. Petersburg, including Snell Isle, a most desirable residential neighborhood near downtown St. Pete. It was originally designed as 10 retail stores on the ground floor, then offices above that. The third floor housed a nightclub, called Spanish Bob's, which opened onto a "rooftop" terrace.

Today there are residential and commercial condominiums. Ground level shops include Chocolade (a tempting store of chocolates) and The Green Bench Florist.

And for Ines' benefit, the original architect may be Richard Kiehnel, who designed El Jardin in Miami. "Modernization" in the 50s hid many of the beautiful features, and it wasn't until a renovation in the 1980s, when John and Rosemary Galbraith owned the building and employed architect Charles Cannerday, that many of the old treasures were uncovered and restored. One of these was a 6 ft x 12 ft mosaic tile mural.

To the left is the Snell Arcade as reflected on one of the sides of the BB&T Bank Building - a popular shot that juxtaposes the old and the new.

The Snell Arcade is less than a block from the Open Air Post Office.

See Wikipedia and the City of St. Pete articles.

Show All Comments
Jennifer Kirby
Kirby Fine Homes - Minneapolis, MN
The Luxury Agent
Sharon - I love the detailed carvings! Yes, you can definitely see the gothic influence. What a great way to get the entire view of the building in a reflection....makes for a postcard.
Like
Laura Cerrano
Feng Shui Manhattan Long Island - Locust Valley, NY
Certified Feng Shui Expert, Speaker & Researcher
Sharon, I love this group!  And the information behind the pictures.  This is terrific that the building is "mirrored" by another and I too love gothic influences.  Thank you so much for sharing this information and these sites!
Like
Sharon Simms
Coastal Properties Group International - Christie's International - Saint Petersburg, FL
St. Petersburg FL - CRS CIPS CLHMS RSPS 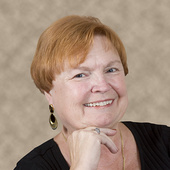