With 3,460 respondents casting 6,099 votes, Rainers and the real estate professional community has decided who the Top 25 Most Influential Women are. And what an incredible list of powerful women this list represents.

Nine months ago when the 2008 edition of the Swanepoel TRENDS Report was published, the demographics that included women, youth and minorities were identified as key drivers in the future of the residential real estate brokerage industry. In the Trend titled "Shattered Glass" it was detailed how many women had reached leadership positions at national levels.

This trend lit the match to initiate a nationwide flame in search of the Top 100 Most Influential Women in leadership roles in the Real Estate Industry. Though the survey was not billed as warranting scientific rigidity, the tremendous response rate and distribution of over 6,000 votes speaks to a strength in collective wisdom about the relative placement of the most influential women in the Top 100 list.  Hence the results are being presented in alphabetical order within three group rankings.  The Top 25, Top 50 and the Top 100.

The top 25 Most Influential Women include a power list of Who's Who in real estate such as former National Association of REALTORS® Presidents, Dorcas Helfant-Browning (1992) and Sharon Millett (1999); co-founders of large real estate franchises and companies such as Gail Liniger (of REMAX International), Ebby Halliday (of Ebby Halliday Realtors) and Barbara Corcoran (of Corcoran in NY).  Also featuring prominently are current presidents and senior executives of large real estate firms such as Helen Hanna Casey (of Howard Hanna Real Estate), Michael Saunders (of Michael Saunders Real Estate) and Virginia Cook (of Virginia Cook Realtors).

The top 25 list, however, also comprises a variety of interesting female leaders that deal with all different walks of the industry such as Avis Wukasch (Board member of the Texas Real Estate Commission), Susie Hale (Frogpond Publishing) and Leslie Appelton-Young (chief economist of the California Association of Realtors). For a photo and full details of all of the Top 25 Most Influential Women click on each person's name in the list.

Here are the Top 25 in alphabetical order (names hyperlink to bios and photos):

Here are the Top 50 in alphabetical order (names hyperlink to bios and photos):

Rounding out the Top 100 Most Influential Women in Real Estate Leadership (in alphabetical order by first name) are:

Who are you most excited to see make it to the Top 25?

Lenn and Frances in the next 50.

Stefan - thanks for the update. Thanks for all your work putting this together - I'm especially excited for Lenn and Frances in the Top 50 - lots of great women to learn more about. Congrats to them ALL!

Stefan- Thanks for bring attention to all this great talent. I am absolutely thrilled to be part of the top 25 list and am appreciative to all who felt me worthy and voted! What a nice way to start my Monday morning!

Great to see Susie in the Top 25. Thanks Stefan for arranging this.

It is a thrill to see such an impressive group of women leading the real estate industry.

Thank you for organizing this Stefan.  I am humbled and honored to be in the top 50 with these amazing women!  What a rush!  Congratulations to all of us!!!!!

Stefan, Thanks for your work in compiling this list. I am deeply honored to see my name in the company of such incredible women. These women bring a wonderful energy to the industry at large. Kudos to each and every one of them ... and thanks to everyone who voted.

I started my career at Ebby Halliday, so I completely understand how she and Mary Frances Burleson made the top 25... I decided to leave so I could make some money though...

Stefan - thank you for a wonderful job of putting this all together. Congratulations to the Top 25, the Top 50 and the entire Top 100!

I'm humbled and delighted to be amongst this amazing group of women.  Thanks Stefan - and thanks to all who voted.  Congratulations to all!

I am pretty excited and delighted to see Niki Rapattoni in the Top 25 list. Being worked with Rapattoni as a Consultant, I can say, Niki clearly deservs the slot in top 25. It is highly energetic endeavor and that smile on her, fills the Rapattoni office positive vibes.

Congratulations to all others in the list.
Cheers!!!
Sudhir

It was great to see Rita Santamaria on that final list.  I've know Rita for several years and she is a credit to the real estate profession.

Barbara Corcoran is such an amazing woman, and I'm thrilled to see her celebrated in yet another location. Anyone who hasn't read her book, Use What You've Got, will benefit greatly from picking it up.

Also nice to see Nina Cottrell made the Top 100. She is a diva!

Barbara Corcoran is such an amazing woman, and I'm thrilled to see her celebrated in yet another location. Anyone who hasn't read her book, Use What You've Got, will benefit greatly from picking it up.

Also nice to see Nina Cottrell made the Top 100. She is a diva!

I stand up and cheer for Kaira Rouda! What a wonderful, successful person. And if anyone hasn't checked out her book, Real You Incorporated, it's a must-read. It's written to inspire women entreneurs, but it's a good read for anyone. She and her husband, Harley, have a wonderful Real Estate Company, Real Living. As a fairly new franchise holder (2 years), they have stood by my, patiently during the past six months of rough times, and have been there for me, as coaches and cheerleaders. Now the market is improving and I'm seeing the fruits of my labors and will always sing their praises!

Have a great year.

Congratulations to all the winners!!! 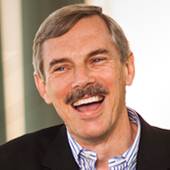