1) There's a mortgage insurance program, as pushed by House Republicans, but it's completely at the discretion of the Treasury Secretary. Institutions can ask for insurance, Treasury "may" grant it. Verdict: Not gonna happen, at least not much.

3) Treasury has to turn in a report by next April 30 recommending how financial regulation oughtta be revamped. I'd say whoever gets elected in November ought to get a task force working on that pronto.

5) Treasury is encouraged to encourage servicers of the loans it buys to do workouts (that is, to change the terms of the loans to avert foreclosures).

6) If the Treasury Secretary buys securities directly from an institution and takes a "meaningful equity position," he must follow certain standards for executive compensation and corporate governance. Limit pay, ban golden parachutes, include clawback provisions in new contracts.

7) If the Secretary buys more than $300 million from any institution (that is, even if it was in an auction, and even if he hasn't taken a meaningful equity stake), he has to prohibit golden parachutes for any top executive hired after the purchase.

9) The authority starts at $250 billion. A written certification from the president gets it up to $350 billion. The president can then ask to jack it up to $700 billion, and if Congress doesn't like the idea it has 10 business days to pass a resolution stopping it. Also, it appears that Congress could at any time pass a joint resolution increasing the limit past $700 billion.

11) The SEC is given permission to suspend mark-to-market accounting if it wants to. (I'm pretty sure the SEC doesn't need Congressional permission to do that.)

12) Banks stuck with loads of now-almost-worthless Fannie and Freddie preferred shares can sell them and deduct the losses from ordinary income.

13) An earlier decision to exempt mortgage-debt forgiveness from income taxes is extended from 2010 to 2013.

It's gonna be a wild ride. Hang on.

BS!  No parachutes for running your company into the ground!  NO WAY, NO HOW!

GSE's (FANNIE AND FREDDIE) and their leadership are more to blame than the usual suspects (evil Wall Street). They undercut the competition, used the law to force high risk loans upon lenders, gave loans to people who could never afford them, inflated their books to score millions in bonuses, and refused to cooperate with regulators.

Now they say we need more regulation. It was regulations that got us here. Most of this bad paper came thru Fannie and Freddie. Now they are throwing student loans, car loans and credit card debt. This has become a joke.

We were all warned about this a few years ago. The few that tried to straighten it out could not rally support. Now its time to pay.

I'm not so concerned about golden parachutes that were negotiated privately. I am more concerned about the tens of millions of dollars that the heads of Fannie Mae and Freddie Mac got as performance bonuses created via outright FRAUD. 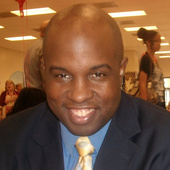