The media has done a fine job of distorting what the Economic Stabilization Act is intended to do, and how it will accomplish the mission.

The following is the purpose of the program, and the authority empowered into those to operate it:

"Purpose" - Provide authority to the Treasury Secretary to restore liquidity and stability to the US financial system and to ensure the economic well-being of Americans.

- Authorizes the Secretary to establish a "TARP" to purchase troubled assets from the financial institutions. Establishes an Office of Financial Stability within the Treasury Dept. to implement the TARP in consultation with the Board of Governors of the Federal Reserve. Includes provisions to prevent unjust enrichment by participants in the program and congressional oversight.

- In using the authority, the Secretary is required to take a number of considerations into account, including risk to tax payers and the national debt, providing stability to financial systems, and preserving homeownership. The Secretary is also required to gauge the longterm viability of the financial institution in determining whether or not to purchase assets.

- Reporting - monthly reports of exercise of authority, Tranche Reports for each $50 billion spent including a list of transactions and a description of the pricing mechanism used, and Regulatory modernization reports to prevent future problems.

- Rights; Management; Sale of Assets - Establishes the right of the Secretary to exercise authority at any time, and provides the Secretary with the authority to manage troubled assets, including the ability to determine the terms and conditions associated with the disposition of troubled assets. Requires all profits from the sale of assets to be applied toward the national debt.

- Contacting Procedures - allows the Secretary to waive provisions of the Federal Acquisition Regulation which requires a compelling reason to purchase assets.

- Conflicts of Interest - The Secretary is required to issue regulations to deal with conflicts of interest in the administration of the program.

- Foreclosure Mitigation Efforts - For mortgages and mortgage-backed securities acquired through TARP, the Secretary must implement a plan to mitigate foreclosures and to encourage servicers of mortgages to modify loans through Hope for Homeowners and other programs. Allows the Secretary to use loan guarantees and credit enhancement to avoid foreclosures.  Requires the Secreatary to coordinate with other federal entities that hold troubled assets in order to identify opportunities to modify loans, considering net present value to taxpayers.

- Assistance to Homeowners - Requires the federal entities that hold mortgages and mortgage backed securities, including the Federal Housing Finance Agency, the FDIC, and the Federal Reserve to develop plans to minimize foreclosures.  Requires federal entities to work with servicers to minimize foreclosure, encourage loan modifications, and consider present value to taxpayers.

- Executive Compensation and Corporate Governance - Provides that the Treasury will promulgate executive compensation rules governing financial institutions that sell it troubled assets.   Where the Secretary buys assets directly, the institution must observe standards limiting incentives, allowing clawback and prohibiting golden parachutes.  When the Treasury buys assets at auction, an institution that sells more than $300 million in assets is subject to additional taxes, including a 20% excise tax on Golden Parachute payments to executives triggered by events other than retirement, and limits tax deduction to compensation up to $500,000.

- Coordination With Foreign Authorities - Requires the Secretary to coordinate with foreign authorities and central banks to establish programs similar to TARP.

- Minimize Long Term Costs - In order to cover losses and administrative costs, as well as allow the taxpayer to share in equity appreciation, requires that the Treasury receive non-voting warrants from participating financial institutions.

- Market Transparency - 48 hour reporting requirement - the Secretary is required within 2 business days of exercising authority under the Act to publicly disclose all details of a transaction.

- Graduated Authority to Purchase - Authorizes the full $700 Billion for implementation of TARP.  Allows the Secreatary to immediately use up to $250 Billion. Under Presidential certification of need, the Secreatary can accesas an additional $100 Billion.  The final $350 Billion may be accessed if the President transmits a written report to Congress requesting such authority.  The Secretary may then access this authority if Congress within 15 days does not deny such authority by resolution.

- Oversight and Audits - Requires the Comptroller General of the United States to oversee and audit the program.

- Study and Report on Margin Authority - Directs the comptroller general to provide a report to congress on the role in which leverage and sudden deleveraging played in the financial crisis.

- Funding - Provides the authorization and appropriation of funds.

- Judicial Review - Provides the standards for judicial review, including injunctive and other relief.

- Termination of Authority  - Provides the authorities to purchase and guarantee assets terminate on December 31, 2009.

- Increase in the Statutory Limit on the Public Debt - Allows debt ceiling increase from $10 Trillion to $11.3 Trillion.

- FDIC Enforcement Enhancement - Prohibits the Misuse of the FDIC logo and name to falsely represent that deposits are insured.

- Cooperation with the FBI - Requires any federal financial regulatory agency to cooperate with the FBI and other law enforcement agencies investigating fraud, misrepresentation, and malfeasance with respect to development, adverisement, and sale of financial products.

- Acceleration of Effective Date - Provides the Federal Reserve with the ability to pay interest on reserves.

- Disclosures on Exercise of Loan Authority - Requires the Federal Reserve to provide a detailed report to Congress, in an expedited manner, upon the use of its emergency lending authority.

- Authority to Suspend Mark to Market Accounting  - Restates the Securities and Exchange Commission's authority to suspend the application of Statement Number 157 of the Financial Accounting Standards Board if the SEC determines that it is in the public interest and sufficiently protects investors.

- Study on Mark to Market Accounting - Requires the SEC in consultation with the Federal Reserve and Treasury to conduct a study on mark-to-market accounting standards including the effect on balance sheet, impact on the quality of financial information, and other matters and report to Congress within 90 days.

- Recoupment - Requires that in 5 years, the President submit to Congress a proposal that recoups from the Financial Industry any projected losses to the taxpayer.

- Temporary Increase in Deposit and Share Coverage Insurance -  Temporarily increases the FDIC and the National Credit Union Share Insurance Fund limits from $100,000 to $250,000.

- Information for Congressional Support Agencies - Requires the information used by the Treasury Secretary in connection with activities under this Act be made available to the CBO and JCT. 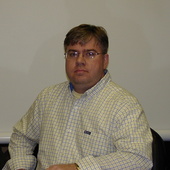