"Tumultuous shocks to the global credit system, beginning in the United States and now spreading to Europe, have required dramatic responses by governments in the U.S. and in a number of European countries.

"With the U.S. Congress ratifying the Emergency Economic Stabilization Act, Treasury Secretary Henry Paulson can now begin to fully address the severe credit crunch unfolding in that country. European leaders have also acted swiftly to address troubled institutions in their countries. These are welcome moves and they come at a critical time.

"Canada’s financial system has handled the persistent global market turmoil very well. Canada’s banks and other financial institutions are sound and well-capitalized, and are less leveraged than their international peers. The structure of our financial institutions continues to benefit Canadians—large Canadian investment dealers have been bank-owned since the late 1980s, and as a result are regulated on a consolidated basis by the Office of the Superintendent of Financial Institutions. "Canadian capital requirements for financial institutions are well above minimum international standards and higher than in other jurisdictions. Canadian institutions have met, and continue to meet, their capital requirements. The IMF has concluded that Canada’s financial system is mature, sophisticated and well-managed, and able to withstand sizeable shocks.

"Canada’s mortgage system is sound. The Canadian housing finance market does not have a large sub-prime component and has not witnessed the proliferation of products and marketing practices that have led to the serious problems being experienced in the United States. Canadian households have smaller mortgages relative to both the value of their homes and to their disposable incomes than U.S. households. According to the International Monetary Fund, the rise in Canadian house prices in recent years was fully supported by sound economic factors, such as low interest rates, rising incomes and a growing population.

"Nonetheless, Canada’s financial system is not immune to the ongoing turmoil in global credit markets. The deterioration of global credit markets is beginning to squeeze the ability of even the strongest of financial institutions to raise longer-term funds, which could limit the provision of longer-term credit in Canada to businesses and households.

"The Bank of Canada has responded by increasing the availability of term liquidity to the Canadian financial system. Most recently, the Bank has increased to $20 billion the volume of liquidity that it will provide banks and has widened the range of collateral it will accept, using the expanded statutory authorities provided in the 2008 budget legislation. The Government fully supports the Bank’s actions. "The Government of Canada stands ready to take whatever actions may be necessary to protect the stability of the Canadian financial sector. Canadians have worked hard to build a dynamic, prosperous economy. The Government will never allow those efforts to be put at risk by problems that originate somewhere else."

Welcome to Active Rain! This is a great site to network, learn and share ideas with others. Have a great day!

Hello and Bonjour Eugénie and welcome to Active Rain.

Since you're in Canada, I'm inviting you to join an active|rain group, one comprised of your fellow Canadian REALTORS® who are also blogging on Active|Rain , the Canada, eh group - http://activerain.com/groups/Canada. When I log in on ActiveRain.com, I always check the Canada, eh group first to read the Canadian perspective since Canadian bloggers are so much easier to find on the group home page. And please include any of your posts with a Canadian angle by also posting them to the group. (although please no "property for sale" postings),

Should you decide to join the Canadians, then let me say "Welcome!"
Larry, group founder and moderator, Moncton, New Brunswick 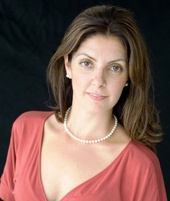