Rapidly deteriorating credit conditions in Canada and around the globe, has motivated the Bank of Canada to join the U.S. Federal Reserve, European Central Bank and three other central banks Wednesday in cutting interest rates by 50 basis points.

As a result, the Bank of Canada's benchmark lending rate stands at 2.5%. I expect that the Canadian central bank is not finished with rate reductions, with more reductions to come.

TD Canada Trust today announced that it has lowered its prime lending rate by 25 basis points to 4.50 per cent, effective October 9, 2008.  It is likely that the other Canadian banks will follow suit.


I'm a commercial fisherman fighting the Royal Bank of Canada (RBC Bank) over a $100,000 loan mistake. I lost my home, fishing vessel and equipment. Help me fight this corporate bully by closing your RBC account.

There is no monthly interest payment date on the contract.
Date of first installment payment (Principal + interest) is approximately 1 year from the signing of my contract.
Demand loan contracts signed by other fishermen around the same time showed a monthly interest payment date on their contract,(agreement).
The lending policy did change at RBC from one payment (principal + interest) per year for fishing loans to principal paid yearly with interest paid monthly. This lending practice was in place when I approached RBC.
Only problem is the loans officer was a replacement who wasn't familiar with these type of loans. She never informed me verbally or in writing about this new criteria. 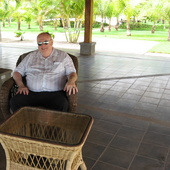 ActiveRain Community about 12 years ago
bookmark_borderbookmark
HOME SALES IN SOUTHERN CALIFORNIA ARE ALL DUE TO F...
View more Recent Posts   arrow_forwards