What should have been a sure thing last week turned out to be a sure thing this week. We are referring to the $700 billion financial-market rescue package, which the House of Representatives unexpectedly nixed last week on a 229 to 205 vote, sending equity and credit markets into a tailspin. The Senate then stepped in, larded the package with porcine inducements, and then sent it back to the House for another vote. Fortunately, the House gave the amended package a collective thumbs up and sent it to the President for his signature.

The good news is the core of the package remains intact - the Treasury Department will have $700 billion at its disposal to purchase bad mortgage-related securities that are weighing down the balance sheets of the institutions that hold them. The purchases should help improve the flow of credit, which is freezing fast, threatening not only consumers' ability to make purchases but businesses' ability to conduct routine operations. And the last thing we need is a new threat to business operations; employers cut the most jobs in five years in September, eliminating 159,000 jobs and sending the unemployment rate up to 6.1%.

Unemployment rates weren't the only thing rising last week. Mortgage rates continued their push higher too, erasing half the improvements realized after the feds put Fannie Mae and Freddie Mac in conservatorship. The higher rates reflect an increasing unwillingness among lenders to lend money, and that's not good.

This week's economic reports release dates and analysis are below.

Thanks for the plug Barbara! Glad to see you at ActiveRain! There is endless knowledge, creativity and connections here. Keep on bloggin. :) 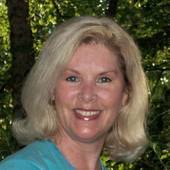