Anyone who has gone onto http://www.classmates.com/ and reads the Message Boards, knows that "The Dinosaur", located on Spring Road in Huntington, is the subject of many posts.  Alumni who have moved away, quite frequently ask if the "Huntington Dinosaur" is still here.

I began my research for this article at the Huntington Public Library.  I spoke to a Research Librarian over the phone a few weeks ago, who was excited to see what information they might have, and promised to call me back in a day or two.  When she reached me the following day, she was sorry to advise that the Library did not have any information on the subject and suggested that I contact the "Long Islander".

I decided to try the Town Historian and the Huntington Historical Society before calling the town newspaper. Neither agency had any information on the Dinosaur, other than the fact that the house and property where it resides is of historical significance.  I was really amazed that this landmark, that everyone knows of or remembers so fondly, is not documented in any way in this town.

Although he was not able to give me any history of the statue, the Historian, Robert Hughes, did suggest that perhaps I wanted to stop by the house on Spring Road and see if the owner might be able to provide some background.  This was actually a pretty good idea, so I wrote a short note to the present residents, explained who I was and what I was trying to accomplish, and asked if someone would be so kind as to contact me for an interview.  Little did I know that I would come in contact with a direct descendant of the man who created the ‘creature'!

The present occupant of the house on Spring Road is Vincent Auricchio.  He explained to me that he is living in the house that he grew up in.  The house was built over 250 years ago and became known as the "Burr House".  Vincent's father, Jimmy, was a first generation American who spent years in the Pacific during World War II.  While he was away, he would send his mother his earnings, which she, in turn, put aside for him.  When the war was over and Jimmy returned home, his mother presented him with all of the money that she had saved.  It was at that time that Jimmy bought the house on Spring Road, "Burr House", from Sarah and Hannah Burr.

Jimmy and his brother, Peter, worked as masons in and around Huntington.  It was Peter who sculpted the dinosaur from chicken wire more than 35 years ago. When Peter moved away, he moved the sculpture from his house in Huntington Station to Jimmy's house on Spring Road. Jimmy and young Vincent filled the wire with cement and painted it green. The dinosaur has remained in place ever since.

The dinosaur has attained celebrity status here in town. To this day, many who grew up knowing about and visiting the dinosaur, bring their own children to see it.  The dinosaur is even an "Honorary Graduate of St. Anthony's High School".

Last year when vandals broke the head off and stole it, Vincent crafted a new one.  Each Christmas the dinosaur is adorned with a wreath around its neck.

The next time you're in town, do make a little detour off of 25A and see it for yourself!

You must sign in or register to leave a comment
Login Register
Show All Comments
Rainmaker
2,814,594
Laura Cerrano
Feng Shui Manhattan Long Island - Locust Valley, NY
Certified Feng Shui Expert, Speaker & Researcher
Hi Val, I can't believe I've been on the Island all my life and missed this little treasure!  And that you took so much time and effort to find out it's background!  I'll have to take a ride up there, goodness, I must have passed it a million times :)  Thanks for putting this up, I have to wonder what ELSE I'm missing here!
Apr 10, 2007 01:43 AM
LIKE
#1
Rainer
147,006
Maureen Maureen
Orangeburg, NY
Val - What a great blog!  I love reading about the quirky little things in other people's towns.  Did you know in Marci's town there are little brass mice or something hidden all over the town.  I tried to get her to blog about it.  It sounds like so much fun.  You have inspired me to go out and search out a little piece of local history myself.  I'll keep you posted.
Apr 10, 2007 02:51 AM
LIKE
#2
Rainer
52,844
Sue Argue
Staged First Impressions - Hampton, NH
NH Home Stager
Val, This Huntington Icon has made a great localism story and brings me a smile in NH.
Apr 10, 2007 10:58 AM
LIKE
#3
Rainer
140,655
Phyllis Pafumi
ReStyled to Sell Home Staging New Jersey - Old Bridge, NJ
ReStyled to Sell Staging Homes NJ
Val how do you find the time to research all this great stuff?? you never cease to amaze me

AS HUNTINGTON IS WONDERFUL, I WANT TO MOVE BACK.

I NEED A 3 BEDROOM, 2 BATH HOUSE TO RENT FOR MY 4 YEAR OLD DAUGHTER AND MYSELF WHICH IS EITHER WALK TO TOWN OF HUNTINGTON OR THE WATER.

DOES ANYONE KNOW OF ANYTHING?

THANKS SO MUCH for posting this and the photo!  I grew up, up the street from the big guy.  Now, long being away, good to know he still 'lives'!  :)

I hope that you get this reply....In addition to my business as a Real Estate Stager, I am also the president of the Huntington High School Alumni Association.   If you grew up on Spring Road, then you probably went to Huntington Schools and might be interested in finding out more about the Alumni Association.  We're actually in the process of completely overhauling our website and creating a site that is both user-friendly and interactive so everyone can post photos, stories, messages, and re-connect with old friends and classmates.  My plan is to include lots of current photos of Huntington and surrounding areas so those who no longer live here can see the changes.

Drop me a line at hhsalumniassoc@yahoo.com if you're interested in learning more. 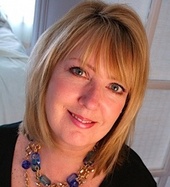