So, the current circumstances of the stock market and housing market are affecting the numbers somewhat in Alamance County, NC. Though our local market is not as affected as larger metropolitan areas, we are still seeing results such as 26% less homes sold so far in 2008 than in 2007. With the recent drop in the stock market and bailout issues for Fannie Mae and Freddie Mac, the number of homes sold in September dropped 23% from August. This is the lowest month for homes sold since April 2008. That speaks volumes about how the media is affecting the emotional state of buyers. The average days on market has remained consistent for 2008 but still slightly higher than the average for 2007. Also the number of listings sold dropped 2.6% from August to September. Lastly, the average closing price has consistently dropped since May of 2008. So, what are you saying?

For Agents, buyers have been indoctrinated with fear from the media and they aren't coming to us. We have to find them. They need to know that it is not only ok to buy, but it's also a great time to buy. Also, we have to be honest with sellers and make sure they understand what is necessary to sell their home.

For Sellers, there are lots of homes on the market. The best way to get your home sold, and quickly, is to take a few necessary steps.

For Buyers, it IS a GREAT time to buy! Home values are lower, interest rates are still low and the tax benefits are worth it.

In Burlington, there is still a down payment assistance program for first time homebuyers. This income based program through the City of Burlington makes home ownership a possibility.

Though the numbers may be down, Alamance County continues to be a growing area conveniently located between the Triad and the Triangle areas. I believe change is on the horizon. 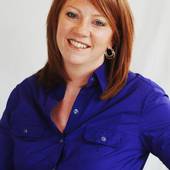