You deserve a break, turn off that t.v. and take a rest from the mud slinging in the political race.....it's been going on for 1.5 years it seems and it's getting very old.

By now, I'm sure you know who you're going to vote for, and if you don't, sit down and figure out which candidate is the most honest, trustworthy and putting our country first and not going to burden us with more and more taxes.

As Americans, we deserve to have people in office that will stop the rampant spending for no reason and act responsible.

We are living in times of economic uncertainty and it takes a physical and emotional toil on everyone.  Steer away from the feelings of fear and panic so we won't make the situation worse than it really is.  The sky is not falling and we will survive a downturn and recover once again!!  You can survive this situation, it will be o.k.!  Happiness does not lie in the abundance of wealth.

For some odd reason I have been glued to the t.v. this year, watching the political arena every evening.  I've made my decision and feel I know who is the most honorable team and I'm ready to vote.  That's all I can do, so I'm turning off the t.v. until election night when I tune in to see if the American people rallied and chose the person to best represent and protect them. 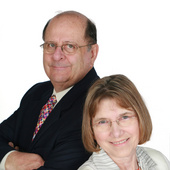