The Deseret Ranch, owned and operated by the Church Of Jesus Christ of Latter Day Saints (Mormons), announced they plan to slice off a small piece of land and build a new city, just east of Orlando. For those unfamiliar, the Deseret is the largest ranch in Florida at 453 sq miles, and the largest cattle operation in the country. It has been owned and operated by the church for 58 years. It is roughly 10 miles wide and 40 miles long, and covers parts of Orange, Osceola, and Brevard counties.

They are currently asking for preliminary permission to build over 10,000 houses, condos, and apts. This will be located on a tract just over 4500 acres, about 4 miles west of Orlando. The development could eventually be four times as large as Orlando.

A similiar project propossed by the Church was voted down 20 years ago. With today's problems including the shrinking water supply, increasing traffic issues, shrinking education budget, and many more concerns, do we really need this ? It is estimated it could take our Real Estate market 2-5 years to recover and get back to "normal". Do we really need thousands of homes coming on the market when we are getting back on our feet ?

FYI, my comments have nothing to do with the Church owning or developing the property. You have to respect their operation and accomplishments. They supply more beef calves than any other ranch in the US. The calves are shipped to the midwest where they are fattened for markets. They ship out thousands of calves a year, bring in million of dollars, pay millions in property taxes, and boost the local economy. They also own some of the most beautiful land in Central Florida.

Your comments are welcome! Thanks 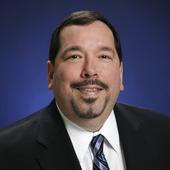