Posted on October 17, 2008 by bostonkayakguy

Well as the minions at CNN waded through the detritus of the financial markets infrastructure, it seems that it became apparent that the problems that ate away at the underpinning of the US economy extended far beyond the number 10.

CNN’s The Morning Buzz announced that the TOP TEN CULPRITS OF THE COLLAPSE has now morphed into the broader “Top Culprits….”

No end in sight to the numbers of culprits that fell into place to create this domino effect???

It’s like when something is clogging the drain and you keep pulling out sludge, only to find there’s even more …did someone say Joe the Plumber?? 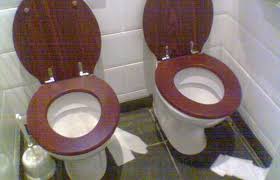