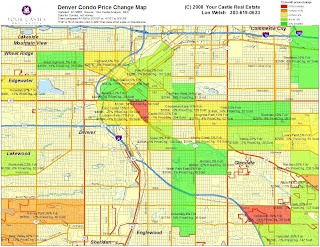 There had to be at least twenty sales in the last year for an area to be included. The numbers are more reliable in areas where there were more sales. Less expensive areas generally didn't do as well. There's a pretty strong relationship; where home prices are less expensive, there is more of a foreclosure problem, and that tends to drag down the prices.