Commerce Towers is not just Houston's premier downtown residential property with an exquisite marble and silver leaf lobby, top-quality material and features in every unit, and amenities that pamper its residents.  It is a monument to Houston's past and future.

The view from the roof and rooftop pool at Commerce Towers condominiums reflects the vibrancy of Houston's business climate. Houston's skyline is a mix of the old and the new and

Originally named "The Commerce Building," it was the concept of one of the fathers of modern Houston.  Jesse H. Jones built The Commerce Building in 1928 and opened it in 1929 - the same year as the historic stock market crash. But Jones and his building survived the crash.  In fact, he built more floors onto its original nine stories and went on to provide economic advice to President Franklin Roosevelt during the Great Depression.

Today, Jones' 25-story architectural achievement has been transformed into beautiful, high-end condominiums.  It's an evolution that addresses the changing needs of a city that has re-vitalized its downtown.  Jesse Jones would have been proud of the manner in which the transformation took place.  Texas Construction Magazine awarded Commerce Towers its top award (Condominium of the Year) for the quality and innovation of the building's rehabilitation and renovation. The award is a tribute to meticulous measures such as $1 million in sound-proofing techniques used by the developer in the walls and ceilings.  Our construction also gives Commerce Towers something in common with a modern president.  Ed Eubanks, who designed former President Bush's Houston home, was Commerce Towers' architectural consultant. 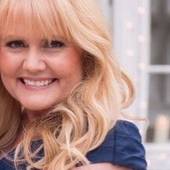