Now we begin to uncover the fifth party responsible for this Mortgage Mess and this party has the most fault in my opinion. It is our elected officials and this goes all the way back to 1977.

In 1977 President Carter signed into law the Community Reinvestment Act or CRA, which was a noble idea to end "redlining". Redlining is when banks open branches in low-income or minority areas; but do very little lending in the area, starving the neighborhoods of capital and the ability to buy homes.

The CRA was written to force banks to lend to borrowers in the areas where they had branches in these communities. This is a great idea if banks are discriminating against people because of race. Initially under the CRA banks were urged to lend in these communities with "safe and sound lending practices." (source: Terry Jones article in Investor's Business Daily 9/23/08).

Banks took this law very seriously and they were required to keep huge amounts of paperwork on their performance in this area and to report it to the community and the federal government every year.

Back in 1989 and 1990 I worked for a small community bank in their accounting and compliance department. I was part of the team to help open a second branch in a new community and to do so we had to prove to the government that we were complying with the CRA. This required the bank to make loans to lower income and higher credit risk people that they would not have made otherwise.

Now this was just with one small community bank. Earlier this decade when WAMU was buying banks and S&L's around the

country they were forced by the government to quit these purchases and to open no more branches nationwide until their CRA rating improved. Now the community bank I worked for only had to 5 or 6 CRA type loans. Imagine how many WAMU had to do? It was probably in the tens of thousands.

In my next post I will reveal how the CRA became a much bigger monster in the 90's. 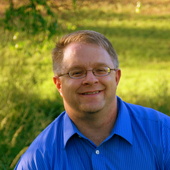