Another reason to love New Braunfels, Texas.  The New Braunfels Independent School District was awarded a "superior" rating. What an awesome place to live, raise children in, play and work. Here is the story courtesy of the Herald-Zeitung.

More than 20 indicators for the current and prior year are used to determine a district's rating. According to the report, the NBISD earned a "superior achievement" rating and the local district received "a perfect score of 85," said Assistant Superintendent Randy Moczygemba.

The 2008 School FIRST ratings were based upon an analysis of staff and student data reported for the 2006-07 school year, as well as budgetary and actual financial data for the fiscal year ending June 30, 2007.

As part of the report, districts are required to report the superintendent's current contract, as well as reimbursements to board members for the school year in question.

As of Feb. 1, 2007, Superintendent Michael Smith earned an annual salary of $171,000, according to a contract signed by Smith and former NBISD President Bill Biggadike.

According to the report, 10 trustees on the NBISD board for the 12-month period ending June 30, 2007, were reimbursed a total of more than $9,980 for apparent school-related expenses.

During the regular meeting, the board honored several students, teachers and staff members, including 27 transportation department employees. The group, which included more than a dozen bus drivers, were honored for their efforts during the Hurricane Ike evacuation effort and were presented with an "Excellence in Service Award."

The board of trustees also spent nearly two hours in executive session stemming from a grievance appeal filed by an unnamed current or former district employee, according to information from the Texas Open Meetings Act.

When the board reconvened in open session, the motion to grant the grievance appeal was passed 4-3, with President Ed Clark and trustees Mae Ruth Meyer and Greg Schlather voting against the motion.

No other information concerning the grievance was discussed, and an attorney for the employee was asked, but had no comment, after the motion was granted.

Congrats, on the New Braunfels, School District being awarded such a fine rating.

It is always good to hear positive reports on school systems.  This is something that will impact our future.

That is GREAT!! The schools are such an important factor in helping people decide where to live. This should be a nice boost to your community. GBU!

Thanks for the comments...it's so fun to share GOOD NEWS!

Oct 26, 2008 03:30 AM
LIKE
#4
You must sign in or register to leave a comment
Login Register
Show All Comments
Older Post Newer Post
Back to Top
Generate More Leads from this Listing
With a Trulia Pro Account
Learn More
Find what you need?
See More Blog PostsAbout Real Estate! SEE MORE NOW!
Rainmaker
191,781 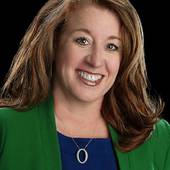