I just saw this on Yahoo and thought it confirmed what I blogged about yesterday.  So at least we know why we are in such lousy shape and a possible solution from Mr. Ben Stein.  This doesn't say copyrighted so I think I am ok to reproduce it here with giving credit to Mr. Stein.

I get a fair amount of mail about the economy. Lately, much of it asks the same questions:

* What the heck happened to our economy so suddenly and powerfully that it caused the immense uproar and fear and stock market crashes we have had lately?

* Why didn't I, Ben Stein, famous so-called braino, get what was happening and why did I remain optimistic so long?

* What is the future going to bring?

First of all, obviously, I don't know what the future will bring. If I knew the future, I would be the richest man on the planet very soon and I assure you I am very far from that.

But I now see what has happened and I can explain that, and it might give a tiny bit of insight into what will happen in the future.

Start around 1995. Groups involved with civil rights issues and activities for poor people began to complain that poor people and especially non-white poor people got mortgages much less often than white well to do people. Many economists, including me, explained that it was not at all surprising that poorer, less credit worthy people were often turned down for credit. That's how credit is supposed to work: you lend to people who will pay you back.

But the advocates for poor and black people had immense political clout. Under President Bill Clinton, they passed legislation that called on banks to be required to lend to non credit worthy borrowers. The laws, including the Community Reinvestment Act, the CRA, required two large government sponsored enterprises, Fannie Mae and Freddie Mac, to buy those lower quality mortgages from the banks, guarantee them, and sell them to the public. These were bundled into immense pools of subprime mortgages as they were called, and sold all over the world.

Soon, the private sector got into the act in a vast way. They also went to banks and bought their subprime loans, packaged them, and sold them as Collateralized Mortgage Obligations all over the world.

Supposedly, the subprime collateralized mortgage obligations (CMOs) were sliced up in such a way that buyers could have a very high likelihood that they would be repaid even if many of the mortgages in the portfolio defaulted. This assumption was based on a misunderstanding of poor quality credit that had been popularized during the era of the junk bond investment powerhouse, Drexel Burnham Lambert.

As it happened, these low quality mortgage bonds were recognized as highly likely to have real problems very soon after they started to be issued by private banks in the billions. The people who recognized the high likelihood of defaults were able to profit from that likelihood:

First, they could sell the mortgage securities short, a straightforward wager that has long been available.

Second, they could buy credit default swaps (CDS) from financial entities. These were essentially a side bet that anyone could make about a certain mortgage bond (or any other kind of security). It paid off fantastically if the bond went into default or was close to default. The people who sold these CDS were banks and insurers, especially Merrill Lynch and A.I.G., that believed the mortgage bonds would not default and therefore charged very little to the other side, the counterparty, to make the bet.

Things went along well for everyone on the long side for several years as the housing market boomed. Even if borrowers could not repay their mortgages, they could refinance the mortgages for more money than was owed on the original mortgage, pay off the first mortgage and live happily in their new home. The mortgage in question in the bond would - again-- be paid off and the bond would continue happily in its owners hands.

Then, the housing market started to stabilize and soon fall, as housing prices do. They move in cycles, although around a rising mean, as we economists say.

Now, when the subprime mortgage holder could not pay off his mortgage, he could not refinance. Instead, he had to default. When a lot of these mortgages defaulted, the bonds into which they had been lumped declined in value.

So far, I, your humble servant, followed the deal just fine. It was extremely similar to the collapse of the Drexel Burnham Lambert junk bond empire. This had caused barely a ripple in the national economy when it fell apart in the early 1990's. I assumed that the same would happen with junk mortgages. There would be some failed banks and insurers, but the Federal Reserve, the Federal Deposit Insurance Corporation, and the Treasury could make all of those losses good. The total amount of subprime mortgage bonds was large but not compared with bank capital or the regenerative powers of the Fed.

So, I assumed, and wrote, things would be fine.

When I realized the extent of this problem, I wrongly thought the federal government would step in and in some way rescue everyone who had sold CDS. They did, except they ‘forgot' to rescue Lehman. Lehman was so large that when it failed, it was like a torpedo striking an ocean liner below the water line. A gaping hole was left in the whole world finance system.

Bankers panicked. If Lehman could fail, then anyone could fail. In that case, the banks that were still solvent figured they had better hoard their assets and stop making loans. This led to the ongoing credit freeze. This led to a rapidly gathering economic downturn and a drastic fall in prices of all kinds of securities, real estate and commodities. It also led to a severe credit squeeze on hedge funds, which saw credit dry up and their asset prices fall suddenly, and were forced to sell stocks and other assets on a dramatic scale, leading to still greater falls in securities prices, and the worldwide panic that it still unfolding.

In turn, this led to huge infusions of liquidity into the banks of the world, the semi-nationalization of the banks of the United States and of many other nations to shore them up, thaw credit, and bolster world markets and economies. These were drastic steps for drastic times, all generated by derivatives. Warren Buffett had warned us against them, and he was dead right, as always.

Now, these acts should help. But it might not do the job all by itself. Major lender solvency issues remain. If housing prices keep falling, more mortgage bonds will default and the liability attached to the credit default swaps based upon them will still be in the trillions or even tens of trillions.
I might well be too alarmist here, but I think the only rational possibility is for the federal government or the New York State government (because most of the CDS were entered into in New York) to simply annul the credit default swaps as void as being against public policy. After all, there was no insurable interest in most cases, which tends to void insurance contracts, which is what a CDS is.

Once that happens, the banks can breathe freely again, take risks, and the economy can revive. Or, perhaps the housing market will stabilize, mortgage based bonds will rally, and the CDS will be out of the money and will not be a threat to the lenders. But something has got to happen to defuse these deadly derivatives.

In any event, we now know a lot we did not know before. Credit default swaps are way too dangerous. Derivatives generally are dangerous. There is much that Ben Stein does not know. I hope this explains some of how we got to this precarious place, I apologize for not seeing it sooner. But I am still optimistic that the government will save us from the CDS, and we will go on to renewed prosperity. In other words, I am still buying. 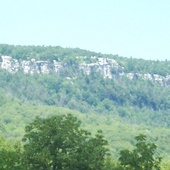