Mike here is a testimonial josh and i would love for you to put on your website! Thanks for everything

My husband and I were very nervous about being  first time home buyers. We were worried some agent might take advantage of us since we were not to familiar with the home buying process. We had kept our eye on the market for a while before we seriously started looking in July. We were uneasy about picking a real estate agent. We had gone through a few open house, and got some business cards but nobody seemed right for us, until we met Michael Meyer. I called Irongate to get a listing price on a home, Mike answerd some of my questions and asked what all we were looking for and said he could meet up with us THAT DAY! an hour later as a matter of fact. He not only took us through that home, but 2 others that had what we were looking for. We were amazed! He also brought us a list of all the houses that were on the market in the areas we were looking. Mike was willing to work with my crazy work scedule, we went through a few houses after 8pm and sunday through saturday he was willing to do anything for us! Then there it was, the house of our dreams! but way our of our price rage, mike said make an offer the worst that can happen is they say "no". So we did and the refused our offer. We did not get our hopes up too high so we wouldnt be dissapointed but we continued to look. None were like that house though. So Mike being the great realator he is emailed the listing agent and asked if the seller would renegotiate. So we made another other, the highest we could offer and they ACCEPTED! Which was still $10,000.00 less then asking price. If it wasnt for Michael Meyer we would not be in the hosue of our dreams we would have just settled on something mediocer. Mike went through some BIG hoops to get us into our house quickly and did things i didnt know realators could do! He even did some hard manual labor himself to ge us in faster. A house is one of the biggest investmenst you will make, so dont settle for any ordinary house! Let Michael Meyer get you in the house of your DREAMS!!!! Thanks for everything you did for us Mike, all my friends and family will be using you in the future!
Sincerly,
Ashley and Josh Glascock 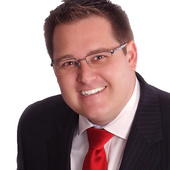