Like:
Home > Blogs > Jennifer Ames > Live and Play in Chicago

One of the really cool things about living in Chicago is the incredible diversity of unique cultural offerings including great theatre, improv, music, dance, opera, and of course, cinema.

The world renowned Chicago International Film Festival is now in full swing. North America’s oldest competitive international film event, the Festival’s goals are to discover and present new filmmakers and to acknowledge and award them for their artistry.

The first Festival opened in 1965 at which time actress Bette Davis was honored for her contributions to American cinema. Since then, the Festival has grown to become a world-renowned annual event introducing innovative new directors like Martin Scorsese and Peter Weir, to name a few. However, unless your children are into films such as subtle Hong Kongese social commentaries in English-subtitled Mandarin, this may not be an ideal activity for families like mine with young children.

Fortunately, Chicago is also host to the world’s largest festival of films produced specifically for young audiences (children ages 3 to 16). The 2008 Chicago International Children’s Film Festival opens today and runs through November 2nd. Over 200 animated and live action films from 44 countries will be shown. 25,000 children, adults, and educators are expected to attend. The event is also the only Academy Award-qualifying children’s film festival in the world.

Approximately 150 filmmakers will be on hand to host interactive question and answer sessions after their movies have been screened. In addition, the festival includes interactive Take One! Workshops designed to introduce children to various aspects of the filmmaking process.

To check out the schedule, purchase tickets (only $6 for children and $8 for adults per movie), or sign up for workshops, visit the official Chicago International Children’s Film Festival website. Enjoy! 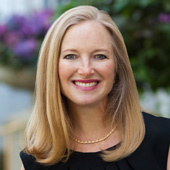