With everything that has been taking place in the past few months with mortgage giants Fannie Mae and Freddie Mac, there is no doubt that families and individuals are feeling anxious about their finances and home's futures.

The trigger of the real-estate boom that the country had been going through mostly throughout the last four to five years was due in large part to low-mortgage rates. 30-year mortgage rates went down as much as 6.32% in 2005 which made the possibility to buy property much more accessible to those who were unable to before, especially those earning low-incomes.

Ultimately however, people's finances began to spiral out of control and although home- buyers were reveling in low-mortgage rates, the real estate reality was very different.

The government take-over of Fannie Mae and Freddie Mac during the summer of 2008 was distressing at best. Neither had sufficient capital to sustain themselves throughout the crisis, consequently making a government take-over necessary. Both Fannie Mae and Freddie Mac control ½ of United States mortgages and the take-over consequently drove rates down a staggering 6.2%.  The real estate bubble burst and people were seen dealing with sudden and unexpected foreclosures.

The question now is: How does the housing market look now? Will low mortgage rates continue and for how long? As of last week (the week of September 15), home mortgage rates had fallen to 5.78% down from the previous week's 5.93% which motivated a significant amount of buyers to apply for loans. The 15-year fixed mortgage rates are now at 5.35% while one year adjustable rates are at 5.03% (source: iht), making low-mortgage rates likely to continue.

Despite these low-mortgage rates, the housing market is not likely to look much better in the near future. According to the National Association of Realtors, the median national home price went down 9.5% to $203,100 indicating that people are now more reluctant to apply for loans because of the current financial crisis the country is facing.

The U.S. government is now seeking to pass a $700 billion financial package that would bail out financial institutions in peril, but if passed, that does not mean that the housing crisis is going to fix itself over time. Though low-mortgage rates exist now, rates continue to fluctuate and can by no means be considered "stable." As long as investors continue purchasing bonds, investors will be less reluctant to keep interest rates down.

As long as you, or anyone else wishing to apply for mortgages has a good credit history and a record of paying on time, then the eligibility to obtain loans will be more likely. Due to the current economic crisis though, banks will be much more careful in handing out loans. Obtaining credit will require a much more careful examination of records which in turn will affect the housing industry despite the low-mortgage rates being offered. People affected may include younger individuals wishing to purchase property or those in general who have never bought a home before. In the end, the better credit report, the more favorable rates for your home will be given.

Low mortgage rates are not only an American issue though. They are seen overseas in places such as England where approval rates are increasingly more difficult to obtain as banks there have seen the crisis in the United States and are now more cautious in how they themselves handle their housing market which has also been seen in the world's second largest economy, Japan.

Despite the rates maintaining themselves relatively low, some prefer to wait for rates to dip even lower as is the case in Hawaii where even though mortgage and interest rates are low now, the fluctuation in rates cause people to believe that better rates are yet to come . These cases are not only seen in Hawaii though, but throughout the rest of the country as well.

Wherever home buyers may be, the outlook for mortgage rates remains uncertain because of the changing regulations banks are now going through as a result of the problems the home markets have gone through as well as the rise in foreclosures people are now seeing in their own communities. It is ultimately up to the buyer along with the sound advice of their banker that a decision on buying a home should be taken. Only then should a choice be made because the long-term consequences may not only be damaging to the individual, but as seen by today's current crisis, everyone else who may own a home as well. 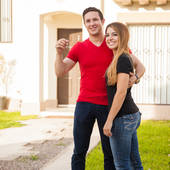 AOVZ.COM
Ask me a question