My husband wanted me to have the "best' flashlight so he bought me a maglite flashlight.  I don't use it much but it comes in handy showing homes without power. The light is so bad that you really can't see anything.  And I've tried changing the batteries.

Today I was researching BRIGHT FLASHLIGHTS online and ran across a site with instructions on how to hack a maglite to make it much brighter - not to mention economical.  So, I thought I would share.

This is the maglite hack, however, I'm not sure where to get the supplies.

This is one of the flashlights I'm thinking of making for under $10.  Looks a heck of a lot more powerful, and light weight is always good.

Lastly, this is another one which can be built for under $15.

I'm not sure which one i'm going to do but I'll keep you updated!

Today I went to Lowe's so I could hack my maglite.  I also took the Rayovac instructions as a backup since the price was to be $15.  The end result was, it was less expensive ($18) to just buy a TaskForce 1 Watt LED flashlight.  It's supposed to be 15x's brighter than an ordinary flashlight.  Light distance is supposed to be 45 feet.

Lowe's doesn't carry extra parts for the maglite. They did offer an upgrade LED light to make the maglite brighter but for $18 and the chance it wouldn't be bright enough, I decided to take my chances on a new flashlight.

I did research the Rayovac hack that was reported to only be $15 to do.  Lowe's did not carry all the parts and since the price of that flashlight (unhacked) was $15 and the batteries $20.... well, you do the math.

I did test out my new flashlight in my basement and it works QUITE well.  So, I still ended up with a powerful flashlight. Here is a source I found for ordering the Maglight supplies online so I may still hack it.   We'll see.   Can you tell, I'm dying to use the power tools?  LOL

Let me know how your "hacks" turn out!

This is great! I have a large maglite and will try to do this if I can get all the parts. Thanks for the info.

Trey, Let me know how yours turns out, too!

LED upgrades for Maglite do not make them brighter.  The color of the light will be more blue, but realistically the LED upgrade just stretches the battery life.  The brightness will actually diminish if you do that "upgrade." 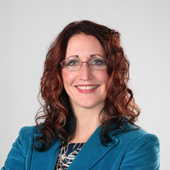