In the Spring of 2008, I learned that my elementary school age son was being picked on by a bully at his school. Almost immediately, I decided it was time for the both of us to learn self defense. I called a couple of Dojos in the area only to learn that my son and I would have to learn separately. I then contacted the Southfield Martial Arts Institute located at 29100 Southfield Rd., Southfield, Michigan, (248) 569-7030. www.southfieldmartialarts.com. Fortunately, this Dojo has family Karate classes three times per week. The experience has been amazing. The Dojo is run by Master Willie Adams, a 10th Degree Black Belt, and several other very talented and patient Senseis who teach Okinawan Isshinryu style Karate. Above is a photo taken at the Dojo's Beginner Junior Tournament on October 25, 2008 that featured sparring, Black Belt demonstations, awards, and a luncheon following the tournament. A great time was had by all especially the precious children who all had big smiles on their faces as they wore their award medals. This Dojo not only teaches self defense technique that could save your life, but also respect for yourself and others, focus, and provides a sense of accomplishment. I highly recommend it.

Wonderful picture- did you and your son compete in the tournament?  I am glad you found one that allowed you to participate together.  It sounds like a great opportunity for you and your son to bond - as long as you are not sparring with each other :-)

Cathy, it was a junior tournament so, no I was a spectator. He did compete and got a 2d place medal. We were all so proud. 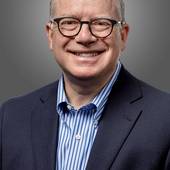