Today I was very proud to be an American and to live in the Greatest Country on this earth. I know that may be taking it a bit far but let me explain. Today I participated in Early Voting for the Presidential Election 2008. I decided to cast my vote early instead of waiting until November 4th. I visited the "Early Vote Polling Office"downtown Augusta at 530 Greene St. Rm 103 (it is open from 8:30am until 6:00pm, Friday October 31st is the last day for early voting in Augusta).

It has been extremely cold here in Georgia these last couple of days. Temperatures are well below normal for this time of year. Nonetheless, upon arriving at the polling place I noticed that it was an unusually long line outside of the building and it almost discouraged me from even getting out of my car. I thought just wait until November 4th to vote, but I decided to get out the car and wait. While standing in line I was amazed to see the different people from different walks of life all coming together for a common purpose to vote for the next President of The United States.

I saw elderly man standing on his cane, a woman with a hair net on her head headed to work, a college student with a book bag on his back, a soldier in a military uniform. There was a older lady in front of me who was originally from Europe, two middle-aged African American women in front of me who were voting for the first time in there entire life.

There was such an excitement in the air as I watched the people wait in line in the cold to vote. People were smiling as they were leaving the building with their "I voted" Georgia Peach stickers plastered on ther jackets. It was a very proud moment for me as I watched their faces as they departed. I have voted in many elections, but there is definitely something different about this one. I can't ever recall people being so eager and anxious to elect a president and with every thing that is going on in our economy who can blame them.

I think it is a powerful statement regardless of what we hear in the media, it is those people who came out today and will come out on November 4, 2008 who make this country what it is. Only in America can so many people from so many different walks of life come together for one common purpose.

I hope you too will be just as excited in voting wherever you are. One person, One vote can make all the difference in the world. We all matter and our voices need to be heard. Make sure you get out and vote. Matching Homes and Families Together

Groups:
EXPRESS WITH PHOTOGRAPHS AT ACTIVERAIN
POSITIVE ATTITUDE for the Weary Soul

I too will be OUT voting on November 4th and this is the first positive post on politics i've read that felt worthy to comment on.

Thanks for looking at the silver lining while standing in line :)

Thanks Celeste for the comment! It was definitely a positive experience and I am glad it came across as such. I think this will be one the greatest elections of our time.

I will be voting on November 4th also.  I've done my research and I'm ready to make an educated vote.  Have a great day.

Hi Rosland,  I voted last Saturday and the whole thing took about an hour.  It was very well organized, staffed and straight forward.  Felt so good !

Thanks for the comments everyone. Each vote does make a difference.

I've stood in line for coffee longer than I did to vote. I went in the mid-morning. But, at 7:00 A.M. the line went down over four blocks. As, my; house is across from where the voting takes place. I was happy to watch no one get out of line. And, all in line looked happy to be there. The majority of us in this neighborhood are still on a euphoric high with the results!

Yeah Carol! I agree we stand in much longer lines for those things we think are important.  I am estactic with the elections outcome I trust that we as a country are headed in the right direction and greater things are to come as a result of this election.

It was an amazing day for Americans....the polls were hopping! 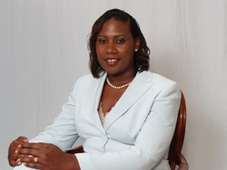