Regional board votes to save farm

Metro Vancouver has rejected a controversial Maple Ridge application to take Jackson Farm out of the Green Zone.

The decision has hailed as great news by Friends of Jackson Farm, a grassroots lobby group that has been fighting to save the farm from development.

"I think it was the right decision and that was the decision I was hoping for. It doesn't necessarily mean that the fight for Jackson Farm is over," said member Stuart Pledge.

Meanwhile, David Laird of Damax Consultants, which planned to develop the property for the landowners, said his clients were "very shocked and upset" by the decision. The TIMES was unable to reach the owners for comment by press time.

Although Jackson Farm didn't get taken out of the Green Zone Metro Vancouver voted to exclude five other Maple Ridge properties, opening them up for development. That decision concerned mayoral candidate and current NDP MLA Michael Sather.

"Unfortunately the rest of it still sets a pretty strong precedent that you can get land out of the Green Zone, which paves the way for more applications to remove land," he said. In order for a Green Zone exclusion to pass there has to be a 66 per cent weighted vote in favour of it from board members. Jackson Farm has been a highly divisive issue for this council, with four council members supporting the Green Zone exclusion application and three others who wanted to see the farm protected.

At the Friday board meeting where Metro Vancouver members voted on Jackson Farm, several members spoke out passionately in defence of saving it from development.

"It's right in the vicinity of parkland, it's in the vicinity of agricultural land, it's in the vicinity of the Fraser River," said Richmond Councillor Harold Steeves. ""It's a key parcel of land. It's land that we're looking at approving to be taken out of the Green Zone on the basis of a plan that really has never been documented as to what the city or region is going to get out of it. Basically what (developers) are proposing is that they would save a gully. Well in my city gullies are down as environmentally sensitive areas and you save them anyways so I would look at this and see there's no deal that's of any benefit to the community."

Damax Consultants, which plans to develop the property on behalf of the owners, has stated that 56 per cent of Jackson Farm would be given to the District of Maple Ridge. However, David Laird of Damax Consultants has admitted that much of that land would be required to be handed over to the district as conservation land if the farm turns into a subdivision.

Steeves also pointed out Jackson Farm has been actively farmed up to now, including this year when a hay crop was taken off the land. He said it's crucial to protect farmland for future food security.

"We will find we will not be able to bring in food from other countries that are feeding us today and we're going to need some land just to survive," said Steeves. "We're going to have to find land like this in the city where people can grow their own food or where community gardens can be set up to buy food for people." 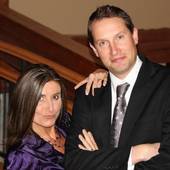