The Assateague lighthouse in a 142 ft. tall lighthouse located on the southern end of Assateague island on Virginia's Eastern Shore, it was finished in 1802 and was painted in alternating bands of red and white. The lighthouse is located within the boundary's of the Chincoteague National Wildlife Refuge, a 14,000 acre wildlife preserve operated by the U.S. Fish and Wildlife Service in Accomack County, Va.

The image below was recorded in B&W on February of 2007 with Ilford FP4 Plus film on a Canon EOS A2 Camera. Bryant- I love this lighthouse. I love lighthouses period. Living on the Oregon Coast I get to see them a lot. Isn't it amazing how they are all so different?

I love lighthouses as well. I have many, many images of lighthouse from all over our beautiful country. One day I might decide to compile some in a coffee table book! Thank for the compliment and have a great day!

Interesting. I've seen hundreds of lighthouse photos (including several of my own) but never in black and white. It's very crisp and clear; even the clouds. Very nice =)

Bryant - Very nice photo of the light house and as you know, I really like B/W. My first two years when I Begin taking photographs, I only shot B/W.

This lighthouse is certainly nice to visit and in the summers they have art for sale in the old tenders quarters.

Thank you, I prefer Black and White, I have shot hundreds of images of this lighthouse in color and this is still my favorite. I believe the texture of the masonry in lighthouses really lends itself to B&W photography.

I love B&W, I go through phases where I only would shoot B&W film and 2007 was one of those years.

Bryant,  What is not to love about lighthouses?  I've always admired the little on in NYC under the George Washington Bridge,  Karen

Thank you for the headsup, I will check that one out under the GW bridge next time I am in NYC. 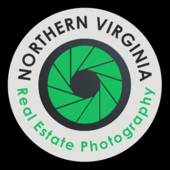