We have great news for residents in the Baton Rouge area regarding real estate news no matter what the local and national news media is telling you! We have graphed each neighborhood we have homes listed in.  The data from the Greater Baton Rouge Association of Realtors tells us we are currently selling at 2007's statistics and 2007 was a very good year!   2008 is by far the best year we've had to date!

It always surprises me how corporate agenda can manipulate data to "sell papers" since we all know - bad news sells!    When we read the headline - "Baton Rouge Real Estate Sales Down 44%" - we started researching for ourselves.  The only thing we can figure is they took 2007 September sales and compared to September 2008 sales - which were all delayed because our title attorney's offices were closed from the hurricane.  But, it sold papers....

Also, the new about not being able to get loans is just wrong!~  All of our lenders have money and I have yet to have one client not be able to obtain a loan because of a new restriction.   The larger banks and our mortgage brokers have money to lend and in Baton Rouge a minimum of 10-20 homes go under contract every day!

1.  I'm sure everyone know News Week's prediction that Baton Rouge and the New Orleans surrounding areas are the in the top five cities to best survive the pending recession.   New York City and California's markets are already turning to the good - business is picking up in both areas and deals are coming together again!

3.  Baton Rouge is drawing new residents from all over the country.  Ask anyone who is renting there homes.  The majority of the new renters come from out of town and are renting before purchasing their new homes to get used to the area.

4.  Audubon Alive Project - If Mayor President Kip Holden's tax package is approved, we will have a new project that involves the Baton Rouge building the next major museum in the United States with a combination zoo, aquarium, & nature center.

5.  New "Square" proposed for Downtown - much like the Savannah Georgia look!    We are so glad the "new" younger generation is NOT giving up on Baton Rouge, but staying to revive our downtown.  They believe in downtown and support the restaurants and outdoor activities.

6.  Emerging Green Builders in Baton Rouge.  Yes!  Baton Rouge is finally going Green.  Mayor President, Kip Holden is doing his best to have all our new projects GO GREEN!   LEED Certification is primary on his mind!  Several developers and architects have received their LEED Certification and now our new architects graduating form LSU are pushing to get certified by year end!  They know how important this is for our city to move forward.  If our outside air can't be that great, we can at least do what we can to improve the quality of life around us in our workplaces and in our homes!

We have a lot to be proud of and we have rapidly moved forward from where we were in 2005!

Same here , the bigger the number of downslide the more papers they sell. And they can twist or pic the stats they want and disregard the others. Its a media circus everywhere

Thank You! Main stream media just never seems to find out the truth or if they do they find a way to distort it and put a scary, negative spin to it.  At times I find myself not watching, listening, or reading news, it seems to give me a better mind set and a positive outlook.

I have just about quit watching the news - too much negativity!

Great post Toni! We need to get the positive note out there about Louisiana Real Estate! 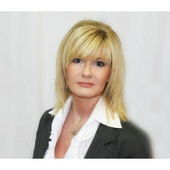