I was having a conversation this past weekend with a friend of mine about purchasing property. He currently rents and wants to purchase a home within the next year. In asking him what he was looking for specifically, he told me he wanted a single family home and definitely no multi families.

Now I guess I forget sometimes that there are people out there just not interested in real estate. He had grown up in an apartment, and the thought of purchasing an apartment building for himself was just not in the realm of his possibility. He uses excuses like, "they are ugly", "I don't want to deal with tenants", and "I don't want to deal with collecting rents or fixing apartments."  In fact, he thinks that I am crazy to want to burden myself with the hassles of being a property owner. That is when I decided to fill him in on the power of investing in real estate.

According to Robert G. Allen & Mark V. Hansen authors of "One Minute Millionaire", 76% of all millionaires started their fortunes in Real Estate. It is no wonder why most feel real estate is the best vehicle. I also gave him this scenario. If you work a forty hour week, the average annual salary in Massachusetts is $44,976. At that salary, how long would it take you to save enough money to not have to work again? With an annual contribution into your savings account, it would take 150 years to save $449,760.00 and with an annual rate of return of 10%, it is possible. The problem is, who is going to live an additional 150 years? Now if I buy (one) three family property per year (relatively easy to do) with a cash-flow of $375.00 each per month (not including inflation), in ten years I would generate a minimum passive income of $44,976.00 annually.

When all properties are paid for, I would have a net worth of $2,500,000.00 (not including appreciation) which at 10% annual interest, that translates to $250,000.00 per year passively. I would venture to say a few headaches now and then from bad tenants is worth the result. I also would not have to work other than dealing with the occasional phone call or eviction. But, if I hire a competent management company, it would alleviate that as well. I guess this is why I am baffled to hear people say that they have no interest in real estate. They have it wrong; it is not the real estate that should interest them, it is the financial freedom that can be realized by changing their reality.

RON: Excellent points.  Sure slap myself for not investing sooner. 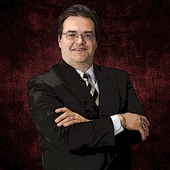