Hedwig Village offers a quiet place for you and your family to relax from the hustle and bustle of the big city. Our schools located in the Spring Branch I. S.D. have won several awards for excellence. Also to maintain the security and peace of mind of our citizens, we have a Police Department which is fully trained and staffed. Our citizens lives and property are also protected by the Village Fire Department, which is staffed 24 hours a day, 7 days a week.

History
Hedwig Village was incorporated in 1954. 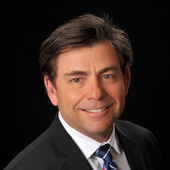