If there was any doubt left that the troubled US financial and credit markets are in full crisis mode, the historic events of the past few months easily erased it. You've seen the headlines. You've heard the stories, but what does it all mean to you and your mortgag

e? Let us take a closer look at a September to remember and what it means to you - no jargon, no politics, just the facts.

What a Difference a Month Makes
September was a historic month in the financial markets. What started a year earlier as the subprime mortgage collapse had morphed into the perfect financial storm that wiped out some of the biggest financial firms on Wall Street. There was a general and genuine concern that the financial system was coming apart and could virtually shut down.

First, the Feds took over Fannie Mae and Freddie Mac, two government-sponsored mortgage giants that own or guarantee about five trillion dollars in home loans, or nearly half of the total US mortgage market.

Then Lehman Brothers, a prominent securities firm founded in 1850, filed for bankruptcy.

By the end of the month, JP Morgan Chase, which bought out Bears Sterns in June, would also acquire Washington Mutual and, in a similar move, Citigroup would acquire Wachovia.

In the end, amidst the worst September in the financial markets since 2001, each of these prominent companies had failed to secure investor confidence as liquidity concerns forced their stock prices to levels that ultimately led to their demise, despite a major effort by the government and other central banks around the world to offer unprecedented financial support.

Throughout the month of September, the Federal Reserve not only injected billions into the financial market, the US Treasury was forced to guarantee nearly $2 trillion in money market mutual fund assets. The European Central Bank, Swiss National Bank, and Bank of England also pitched in a combined $90 billion in cash infusions.

g money to one another in recent weeks. That choked off the money being made available on Main Street in the form of mortgage loans, business loans, and other consumer borrowing.

To avoid further downward pressure on stock prices, the Securities and Exchange Commission banned naked short-selling and temporarily banned short-selling 799 financial companies for 10 days. Fannie Mae and Freddie Mac increased their purchases of illiquid assets, including mortgage-backed securities, that have been clogging up our financial system and further tightening the availability of credit.

Finally, to avoid an all-out credit freeze, a plan to create legislation for an unprecedented bailout of our financial system was put in place by representatives from the Federal Reserve, the US Treasury, the Bush Administration, Congress, and even the Presidential candidates - a controversial $700 billion plan that, had it passed, would have cost tax-payers for years to come.

The plan, however, came up 13 votes short of the 218 votes necessary for passage. The House vote shocked financial markets, which expected the house to approve the plan - a decision that sent the Dow Jones industrial average down more than 700 points, the largest intra-day drop in history.

At the time of the writing of this article, a new plan has already been announced in the Senate.

Create Your Own Plan
As promised, we will not delve into the politics of any of these decisions by the government to bailout said corporations or the financial and credit markets - or the merits of any new plan that might be put in place. What's done is done. We won't discuss who's to blame or what should or shouldn't be done about it. Whether it's right or wrong, moral or immoral, these actions or their implications are beyond the scope of this article.

Instead, we suggest that you put together your own financial plan to address your future. Just like your fingerprint, your financial situation, needs, and goals are unique and cannot be addressed or even encompassed by a single, one-size-fits-all solution. Whether you're looking to buy, sell, or refinance your home, you need to meet with a mortgage professional you trust right away to create a plan that best fits your individual needs as it relates to the opportunities available in today's turbulent market. What follows are merely suggested discussion topics you might want to consider depending on your individual needs.

Buying or Selling a Home
If you're looking to take advantage of lower home prices and historically low interest rates, credit is still widely available for borrowers who qualify. Qualifying for mortgages today simply means being prepared to provide documentation that supports your application. If you do have credit issues, you might want to consider government loans offered by the FHA, USDA, and VA.

If you're a first-time home buyer (someone who hasn't owned a home in the last 3 years), ask your mortgage professional about the new $7,500 tax credit. This incentive could be a valuable tool in helping you reach your homeownership dreams in today's buyer's market. There is one catch, however. This incentive is temporary, and expires in 2009, so don't wait.

It's important to note that Congress recently passed other legislation banning certain down-payment assistance programs (DAPs), so ask your mortgage professional about VA and USDA loans that, insured by the government, allow for 100% financing to qualified borrowers. There's currently a bill in the House to overturn the ban on DAPs, but congress is pretty busy right now and may not get to it before the end of the year. Some argue, this bill may never pass, so again, don't count on the government's help when you're planning your future.

For sellers it's important to understand these options as well. There are a lot of potential buyers looking to buy a home who may need creative financing options to get the deal closed. Make sure you're working with an experienced real estate agent and a mortgage professional who know how to market your property and make it stand out from the pack. In many instances, you won't have to lower your home price again to create an attractive package for home buyers.

ncing
September was one of the most volatile months in the financial markets in years. In one session, the Dow lost 504 points, which was the worst single-day drop since 2001. The Dow then had a two-day session advance of 779 points, the biggest since March 2000. Then, when the government's initial rescue plan was voted down, the Dow lost more than 700 points, the largest single-day decrease in history!

Mortgage interest rates, which are based on the performance of mortgage-back securities (see YOU Magazine April 2008), were so volatile in September that the market experienced price movements within days that used to take weeks or months to occur. In fact, mortgage rates reached six-month lows in September, bounced back in following weeks, only to fall again immediately after the government's rescue plan was voted down.

This volatility is a great advantage for many homeowners looking to refinance, as rates are still near historic lows. If you're connected with a mortgage professional who has access to and understands how changes in MBS pricing can affect mortgage rates on a daily basis, you may be able to secure a lower long-term rate as these short-term movements occur, depending on your situation. (See YOU Magazine July 2008 for an explanation of why bad news for stocks can be good news for mortgage rates).

Loan Modifications
Last month, YOU Magazine discussed loan modifications for homeowners struggling to make payments and/or avoid foreclosure. Print out that article and take it to your mortgage professional to discuss what options are best for your individual needs. If you've fallen behind with your payments or are currently in foreclosure, you may be able to benefit from an increased willingness of banks and lenders to work with you and help you keep your home.

ARMS
If you have an Adjustable Rate Mortgage (ARM) that is due to reset in the next 3 to 12 months, you need to know how any adjustments will affect your monthly mortgage payment. (See YOU Magazine August 2007 to learn how to understand the terms of your ARM.)

Remember, the Federal Reserve has held the line on rates for the last two meetings of the Federal Open Market Committee (FOMC), after 7 straight cuts to the Fed Funds rate in previous months' meetings. And while the Fed has no direct affect on long-term mortgage rates, their actions can directly affect rates for ARMs and certain credit cards and home equity lines of credit (HELOCs) that are tied to the prime rate - especially if the Fed begins a new financial policy of rate increases to address the growing concerns of our struggling economy. (See YOU Magazine April 2008 for more info on how the Fed affects mortgage rates).

Last month, we saw evidence of this in the London Interbank Offered Rate (LIBOR). Set by the British banks, this rate is considered one of the most important rates globally - especially in the US, where about 6 million ARMs, including almost all subprime ARMs and 41% of prime ARMS, are linked to the LIBOR. This rate, which experienced the largest one-day increase in 7 years last month, is beyond the reach of the Federal Reserve and its financial policies. If rates stay elevated, gains may follow in the 3- to 12-month Libor indexes, which are used to calculate US mortgage resets. This volatility was seen again as the initial Rescue Bill failed in the House.

In other words, create your own plan of success. Don't wait to be bailed out or rescued by the government or anyone else. If you have an ARM, take 10 minutes to discuss your options with a mortgage professional you trust. Changes in your credit in the last few years could help you secure a fixed-rate mortgage and avoid the volatility that surely awaits us as we face what could be one of the toughest financial meltdowns that most Americans have ever seen.

Gwenn Tanvas is a Appleton, WI-based consumer advocate and Certified Mortgage Planning Specialists with Patriot Mortgage Services, Inc. Email Gwenn - gtanvas@patriotms.com with any questions or if you would like to discuss your personal mortgage plan. 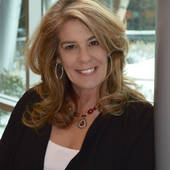