When you live anywhere, life revolves around work, school, shopping, paying bills, etc and some times it takes an outsider to remind you of what makes your area special. My daughter and her family have just left and we spent two weeks doing the tourist side of Orlando, which meant I saw it through the eyes of my 4 year old grandson, Jack. When not floating in the pool, we took him to the parks. His fascination with dinosaurs made the Jurrassic Park ride at Universal Studios "Awesome" (Well, "Awthome" actually because he hath a lithp!) Also the new dinosaur cafe at Downtown Disney was a hit. But the highlight for him was meeting his heroes - Spongebob Squarepants (Wow), Buzz Lightyear (I'm a thpathe ranger) and Spiderman (stunned silence, eyes on stalks). When he did recover, he told everyone he saw that 'piderman knew his name! Last year another daughter was here with my 5 year old grandaughter so we lived the Disney Princess life for two weeks. I love it. Both of them think that I am responsible for the magic and fireworks so, naturally, I must be Tinkerbelle. (Hence the Tink necklace on my profile photo - a Christmas present from them.) I would include photographs but haven't got the hang of that yet!

They've left now and I've spent this week helping 12 golfers find accommodation and courses for next year's vacation, a huge learning curve but a pleasant departure from my normal real estate work. I do love living here! 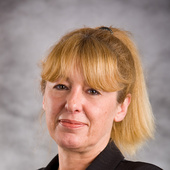