On Halloween night, I lost my keys.  I was in the Leesburg Parade, and was convinced I had lost them somewhere along the parade route.  After days of trying to find them, I finally resolved myself to the thought that they were gone forever.  I was thinking of the hassle and money it would cost to replace those silly fobs and tokens, car remotes, changing the locks on my house...ugh.

This morning, my husband came back from taking my daughter to the bus stop, and he had a notice in his hand.  It was a posting about a set of keys that had been found.  Even though I was convinced that the keys had not been lost in my own neighborhood, I called.  Sure enough, a neighbor had my keys!  Coincidentally, it was the neighbor that moved into a house on the other end of my street, one I sold just a few months ago.  In talking to her, she said she had newspaper ads coming out this week... she was so worried about returning those keys to the rightful owner (who she assumed was a stranger).  Knowing what is involved with losing a set of keys like that, she was determined to find the rightful owner.  Wow, these are the kinds of neighbors you want.

I was really touched... you simply don't see people taking that much time to worry about a stranger.  Yet again today, I had another reason to be thankful for the people that touch my life.

It reminded me of our first weekend in this neighborhood, 8 years ago.  We didn't have cable hooked up yet, so we had rented movies from Blockbuster.  Apparently, while getting the kids in the car to run errands, my husband placed the movies on the top of the SUV, and forgot them.  When he drove away, they fell into the street behind him.  After getting to Blockbusters, and realizing he didn't have the movies, he was confused.  He returned to the house to search high and low for the now missing movies(and, remember, we'd just moved, so the house was total chaos).  He found them nowhere.  Retracing his steps, we realized he must have left them on the top of the SUV, but they were gone now.  On Monday, my husband went to Blockbuster with his tail between his legs to beg forgiveness and pay the fine.  Imagine our surprise when he was told someone had returned them, and on time! (This was amazing because in those days, the movies had to be returned by noon to be "on time" and we didn't leave the house until 11 that morning.)  A random person, a stranger to us then (years later we found out who it was), had gone out of their way to return the movies on our behalf.

In the 8 years we've lived here, many such episodes have occurred.  And, yet, when I am selling homes in my very own neighborhood, I've yet to figure out how to truly convey to people that, somehow, we here in Ashton Downs live in a sort of oasis,

Everyone - and I mean EVERYONE here is just good.  They're the kind of neighbors you want.  How can you put that into a property brochure or explain it to a buyer?  I still haven't found the right approach, but I am trying.

Vicky, I live in that same kind of neighborhood and it is hard to explain to people.  We REALLY came together during Hurricane Ike.

Isn't it wonderful that one act of kindness, opens your eyes to the beauty all around us...the beauty of freindship.

You must live in a neighborhood of caring people who watch out for each other. 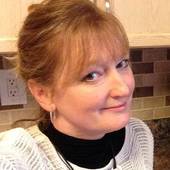 A simple little blog to share what I learn with fellow Active Rainers and real estate consumers.