It's official, the state route 64 bridge that connects Anna Maria Island to the mainland is open!  More than a week early the island tonight had a buzz.  I received several text messages, a phone call, and it was announced over our public announcement system in our office, "The bridge is open, the bridge is open."

The bridge closure was a non-event.  I heard very little complaining regarding traffic.  Sure, no one was happy to take the long way to Manatee avenue but the Florida Department of Transportation did a fantastic job.  My compliments to the leadership of the project.  It's not often my expectations are exceeded and in the case of the State Route 64 Anna Maria Island Bridge repair project, my expectations as a business person were far exceeded.

The Anna Maria Island bridge the gap events were a fantastic addition to paradise while the bridge was closed.  We still have a few events planned that will be sure to converted into a large celebration that the bridge is open, the bridge is open.  Life in paradise is still darn good!  Nice job FDOT! 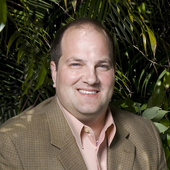