As of October 31, 2008, there were 150 single family listings in Newton on the Multiple Listing Service (MLSPin).  Sales of single family homes are down almost 18.6% for the year, with on- going price adjustments to existing inventory, which is aging.  During October, 40 additional single family listings were added to our MLSPin, (3 of which were back on market) with an average list price of $1,188,788.

Sales price to original price was 95% 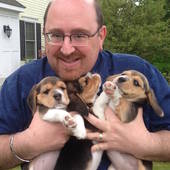