It is going to be a bumpy ride.

Just confirmed through two sources, but has not made the news yet.  Disney is putting construction on hold of their Ko Olina Resort until the economy stabilizes.  One source said that Disney does not feel they can sell their suites at projected market rate.  This is the third project on Oahu to his the skids on construction.  Moana Vista and 1723 Kalakaua are also being affected by the recession.

More recently, the company's development of the 146-unit Ritz-Carlton Club and Residences was affected by lender Lehman's failure to deliver more than $50 million in necessary funding.

The project - a partnership between MLP, Marriott International and former America Online co-founder Steve Case's Exclusive Resorts LLC - is 83 percent complete and more than $200 million of the project's $370 million in financing has already been funded.

But MLP and Marriott had to provide an emergency bridge loan due to the lending shortfall.

The partners also are looking to refinance the Lehman debt with new lenders.

The developers of the Trump Ocean Resort in Baja have lost their financing for the project, and it's unlikely a new lender will be secured until the economy halts its downhill slide.  San Diego news article printed that lawsuits are being lined up against the developer.

Any update on the Disney project and if they have halted construction? The construction fences have been put up around the property. We own rental property next door and this would be an interesting development.

As you may be finding out, Disney is very confidential in all of their projects and their PR is very sensitive.  I do know that Cummin Corporation is handling the cost management for the Disney Ko Olina timeshare project and it is on hold.  Also relevant was Hawaiian Dredging lay off of 70 employees in December of 2008, right after the Disney Ko Olina ground breaking ceremony on November 19, 2008.

Are you seeing activity at the site or does it seem slow to you?

I just read where the Kapalua resort just negotiated funding with Central Pacific Bank, Deutsche Hypothekenbank and Landesbank Baden-Wurttemberg and Marriott International, Inc., providing the balance.  There construction crew never lost a days work through all this mess.  Good for Maui!!

I got the emails from Andrea for Beach Villas and I hope their Newport event is a success.  I have sent out emails to my sphere letting them know about the June 6, 2009 sales event.  Developers are really having to come down as reflected in new pricing for Allure, Moana Vista and now Ko Olina Beach Villas.  Other developers in Honolulu are offering lower pricing through Seller credits trying to keep prices high.  Lower interest rates are averaging 20% less in monthly mortgage rates from 2008.  Combine that with lower prices, say 10% overall on Oahu, and you are looking at 30% savings from 2008.  It is a great time to buy!!!

I love Ko Olina and hope to sell a Beach Villa at some point.  I sold a Moonflower at Coconut Plantations in 2005 and represented the Seller.  We sold at $655,000. It looks like prices have dropped 9%

Your blog has alot of great information and I wish you the best success in your island paradise of Ko olina.

The latest look see as of a couple of days ago confirms that things seem to be going full steam ahead. Four constructions cranes "the State bird of Hawaii" have been erected and work continues. This is great news!!  Oahu needs the jobs and I am so relieved that Disney sees that Ko'Olina is a destination resort.

I have been reading up on the Trump Waikiki lawsuit and I believe that they have found a loop hole for the suit.  So far there are 13 named defendents, representing 11 units, that want their deposits back.  I think that this number may increase, but not enough to stop the majority of Buyers from closing their deals.  I read the Pacific Business News article where it stated that 50% of the Buyers are from Japan.  It is my experience that Japan nationals will try to avoid losing face by cancelling on a contract, if they can avoid it.  The Trump website states that the deadline for document signing is July 15, 2009.  It will be interesting to follow the drama. 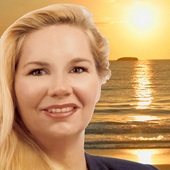