I am a little bit of a history buff.  I especially love knowing about the history of the area we live in.  I recently wrote a blog about Carthay Center Elementary, and one of my

clients commented that it used to sit directly opposite The Carthay Circle Theatre. In fact the neighborhood was actually named after the theatre.  It was one of those facts that I knew at one time, but must have forgotten and the more I started thinking about it the more intrigued I became.  So I did a little research.

The Carthay Circle Theatre opened its doors in 1926. It was considered one of the "Jewels" in the Fox theatre empire.  It was the chosen theatre for a number of huge Hollywood movie premieres. Among the famous films premiered there, Snow White and the Seven Dwarfs, Fantasia and the west coast premier of Gone With the Wind.

Legend has it that a time capsule was buried on the site in 1930 as part of a promotion for a film called Just Imagine. The time capsule was scheduled to be opened in 1980, unfortunately by then the theatre had been torn down and an office building built over the site.  The capsule was never recovered.

The good news is that this remarkable landmark is about to be replicated as part of a billion dollar make-over at Disneyland's California Adventure.  The Carthay Circle Theatre replica will have a stately place of honor at the entrance to the park. 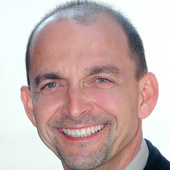