I posted this last week on my other blog at CTRealEstateUnleashed.com but thought it was worth it to share with everyone on Active Rain.

Last year, I read From Baghdad With Love: A Marine, The War and a Dog Named Lava. It is a war memoir centered around a Marine's struggle to adopt a stray puppy he found in Iraq and bring it home to the US.

Since then, I've been following the stories of other soldiers who've rescued stray dogs in Iraq and then try to bring them home.  Unfortunately, the military has a policy in place forbidding soldiers from keeping animals. Despite this, many soldiers have grown attached to pets they've found or saved from starvation and neglect.  Their bond with these animals not only helps the pet but provides immeasurable comfort to soldiers who are far from home.  Furthermore, the miltary makes it impossible for soldiers who rescue pets to transport them back home, which is where the SPCA has stepped in.

The SPCA has been working to help soldiers bring home pets from Iraq.  Their Operation Baghdad Pups (the slogan is No Buddy Gets Left Behind) has successfuly helped rescue dozens of soldiers' pets and there is one more to report.

From the SPCA via the Furry Paws Chronicle,

"Yesterday, a U.S. soldier’s dog arrived in Connecticut after a long journey from Iraq. Wayne and Susan Szmyt welcomed their son’s dog, Kindi, to their Trumbull home this weekend.  Kindi arrived in the U.S. at Dulles International Airport Saturday afternoon along with 3 other soldiers’ dogs thanks to SPCA International’s Operation Baghdad Pups program. The Szmyt’s son, Derek, will be returning home from Iraq soon to be reunited with Kindi."

The YouTube slideshow shows pictures of some of the pets rescued by soliders.

Jessica, what a great cause! I really enjoyed your post with all the links and video. I'm going to flag it to be featured ;-)

Thanks!  It's funny, although I knew it was Veterans Day it didn't occur to me until after I posted this that it was very relevant to today. 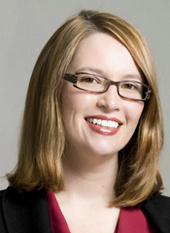