My father in law who passed away almost two years ago was something special. One of the favorite things that he like to do was goose hunt. Elmer had his hunting buddies who he went hunting with and if it worked out I went on occasion. The hunting vehicle was a 1965 Pontiac loaded to the gills with hunting supplies, food, shells, and so on. On one hunting trip I met Elmer and Harley in Pierre and we were to hunt the following days. You can stay in our room Elmer said, but knowing that I probably wouldn't get much sleep because of the snoring I declined and got a room down the hall. We'll meet at 5:00 AM for breakfast so we'll get an early start. After a short night of rest we had a filling breakfast and headed out to the river to hunt. After setting the decoys finding a good spot to hide we settled in for the hunt. When I hunt the geese have to be fairly low to hit, but with Elmer if he could even see them he would shoot and more often than not would get one if not two. He had a sharp eye for hunting and enjoyed it I learned alot from Elmer and miss the days we hunted together. Just before he passed away he gave me two of his shotguns I've never shot them an don't think I will, it just means alot to have them and remember the fun we had on the goose hunt. Good memories you can't replace them. 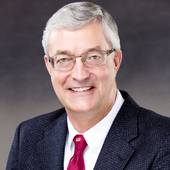