Recently I had to appraise a home that was repossessed.  It was owned by a local realtor that let his son and daughter in law live there.  They were drug addicts and really destroyed the house.  It was filthy, infested and much of their belongings were left, including baby furniture.  When I arrived the neighbor came over to tell me the whole story.  The 2 had an infant and she said she could hear the child crying at all hours and sometimes it appeared the child was left alone.  I have 2 children so this was upsetting to me on a personal level.  What really struck me was that this woman would go out of her way to come tell me this story, yet when I asked her if she had called the police for this child she said she had not.  BUT she did call about them endangering their dog by leaving it outside all the time.  It really struck me that someone would worry more about an animal than a human being.  I know there are animal lovers out there, and I agree that they need stewards.  But my heart dropped to think that no one had a voice for this child.  Luckily, according to the neighbor, they did lose the baby when they were arrested for breaking into another neighbors home.  I can only hope the child is in a better environment.  These are the heartbreaks we see every day.  Realtors, appraisers, home inspectors, and others.  It is a job, but sometimes it is so hard.

Patti, this is so sad. It breaks my heart when I hear about a child suffering through neglect or abuse.  We are the adults that are charged with their well-being! I don't hesitate to intervene wherever necessary. CASA is a great association to volunteer for since they are all about the kids.

Don't you just love people that can't wait to tell you the latest horror story but won't lift a finger to get help because they don't want to get involved. I personally know people who's lives would have turned out completely different (for the better) had someone got involved when they were children. It's these same people that sit on their high horse telling you what's wrong with the world.

When you see an injustice, think about what you would want someone to do if it were you it was happening to. THEN DO IT!

I find that too often when we have to deal with hardships, of any kind we often see the true nature of those individuals involved or not involved with the situation. I wonder what were the grandparents thinking? Why did they not step up and take action?

You're right Patti.  I see disasters every day, although after the people have left the house.  It is tragic - imagine who used to live in some of these places, and the family circumstances they have left in their wake!?

Everyone, including children and pets, needs to have someone be their voice if they can't.  I hear it daily in the news and it is sickening that there are people who abuse children and pets.  The good news is that in the case of the repossesed home, the child was thankfully, finally rescued. 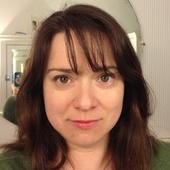 ActiveRain Community over 13 years ago
bookmark_borderbookmark
A Not Made in China Christmas!!
View more Recent Posts   arrow_forwards