"Island Belle"is a light-bodied hybrid grape (vitis labrusca), also known as Campbell's Early. The Grape made its debut around 1890 on Stretch Island located in Grapeview, Washington along the shore line of South Puget Sound.

The "Island Belle" is a concord type vine that was cross breed with native American vines from New York. After a lot of experimenting, the "Island Belle" became well suited to the vineyards on Stretch Island. The new Hybrid soon became the most widely planted variety in the Puget Sound area.

The "Island Belle" grape got its name from a descendant of the Eckert Family. The tale I heard was that an exceptionally lovely young Lottie Eckert attended a dance on the Island and was considered the "Belle of the Ball". Shortly after the dance the family went to the Pacific Grape Grows Association Convention in San Francisco.

Mr. Eckert, the grape grower, was scheduled to speak at the conference and was to introduce his new strain of grape, but did not have a name for his the new grape.

The story goes that while the family was having dinner, one of the younger daughters drank too much champagne, thinking it was grape juice, and got a little tipsy.

This scandalous public display, embarrassed the elder sister, the beautiful Lottie, the Belle of the Ball. Mr. Eckert, apparently got a good chuckle from the reaction of his lovely daughter and announced to the family, our grape shall be called "Island Belle".

The "Island Belle" is still grown today on the Island. Each year around the first week of October a cluster of volunteers show up at the vineyards to participate in the harvest of the grapes. I have done it myself and had a great time...but the cutting shears are really sharp.

The "Island Belle" Grapes are sent to the Hoodsport Winery on the Westside of Hood Canal. It is the only winery to use the historic "Island Belle" where it is blended with Merlot. The "Island Belle" is a delicate red wine that bursts with flavors of fresh raspberries and cherries. Its perfect for Northwest barbecues and picnics on the beach.

In my next blog, I will chronicle the story about the St Charles Winery on Stretch Island. The winery was started right after Prohibition by Seattle Realtor Charles Somers.

I had no idea that our area had such a rich history in wine making. I think I will take a trip to the Hoodsport Winery this weekend for wine tasting, a little history, and an afternoon with my husband on the beaches of Hood Canal. Who knew that Mason County could have such a lineage. I have tried the Hoodsport Winery's Cranberry wine. It is the perfect gift for the Thanksgiving host.But you need to buy two bottles- one for the host, and one for yourself!-Dinah Lee

I moved to Shelton in January of 1980. In 1982 I rented a house that had an orchard of many trees an grapes planted in the thirties. The largest vine was in the front yard and it was Island Belle. I was in my early twenties at the time and an older family friend asked if I wanted to make wine with the grapes. We did so and produced about 15 gallons. From that year on my skills and quantity of Island Belle wine increased and became well known amongst many. I bought many grapes from the Stretch Island vineyard. In 1992 I opened a wine and beer making supply store which we had for 7 years until we sold it to an employee. During that time I used wine grapes from eastern WA, but helped many locals with their IB grapes. The owner of Hoodsport Winery often visited with us. I have photos of my small children in large vessels stomping IB grapes. It was a lot of fun. 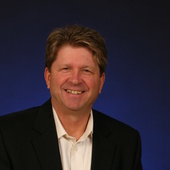